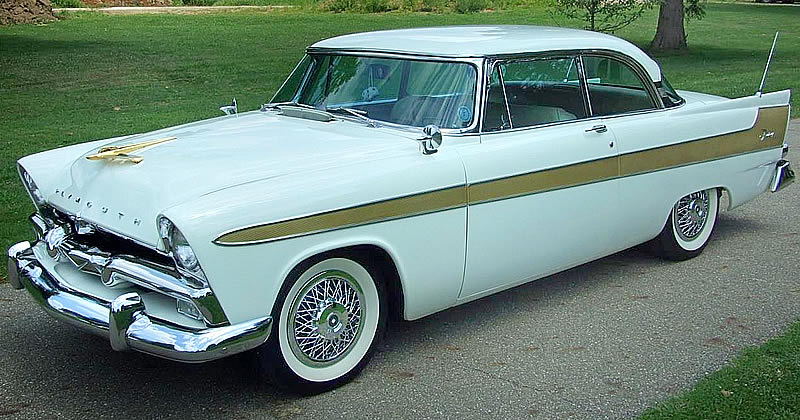 It was 1956 and a brand new addition was added half way through the model year. The Fury was Plymouth's new car - a high performance sports coupe that was a sub-series of the Belvedere line-up.

It really was time for a change at Plymouth. What were once getting the reputation of an old maid's car were now becoming a force to be reckoned with. Performance figures were something that would have seemed far-fetched just a few years previously.

Instantly recognizable with its tapering gold anodized alumninum side trim with 'Fury ' script , the Plymouth Fury was also only available in Eggshell White.

Inside, the Fury interior was special. The foam rubber seat and back cushions are upholstered in specially woven luxury fabrics. Interior colors are gold, beige and black with a midnight black carpet. 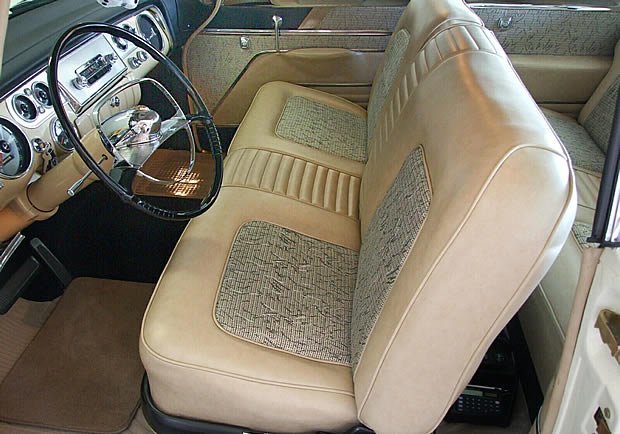 On the left of the dashboard is Plymouth's new for 1956, push-button gear selection for the PowerFlite automatic transmission.

Under the hood sits the 240 horsepower, 303 cubic inch Fury V8 engine. The biggest engine available to other Plymouth models was a 277 cubic inch V8 that output 197 horsepower.

Despite the late release of the Fury, Plymouth managed to sell 4,485 of them for the 1956 model year. It was their most expensive car and had a base price of $2,807 and another $184 if you wanted an automatic transmission.

The relatively low numbers sold and the fact this is the first year of the Fury (plus its good looks) make it a very desirable automobile.

This Plymouth Fury is currently for sale on eBay. (follow the link for even more photos﻿)