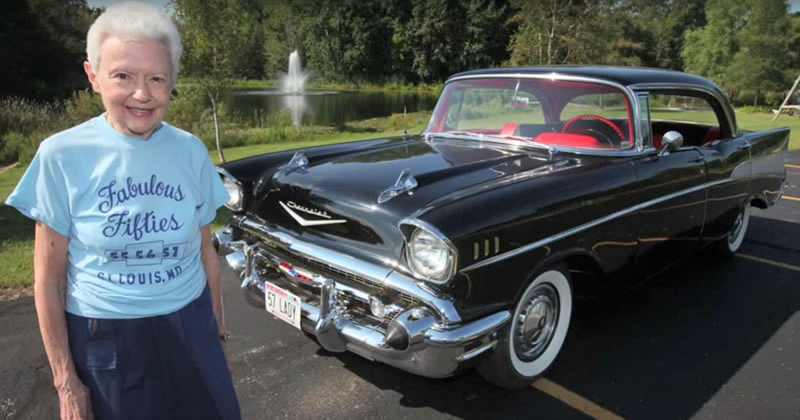 This is Grace the original owner of this beautiful 1957 Chevy Bel Air who’s still enjoying and driving it.

It was a demonstration car and she purchased it just before the ’58 came out for only $2200. And it’s the only car she’s driven or owned since. With an interior like this to look at why would you want to change? She chose to keep it all these years because she had no reason to give it up as she’d had no major problems with it. With just over 116,000 miles on the clock it’s doing well although she’s not putting many miles on it now preferring to stay in the local area.

She says that preventative maintenance is the key to caring for the car. Fluid is checked regularly and the oil is changed every 1,000 miles and sometimes more frequently if they car hasn’t been used much.

Being brought up in the depression led to a healthy respect for things rather than accepting obsolescence. Many people have told her that they had a 57 Chevy and wished they had kept it. Her answer? “Well why didn’t you?” Enough said.