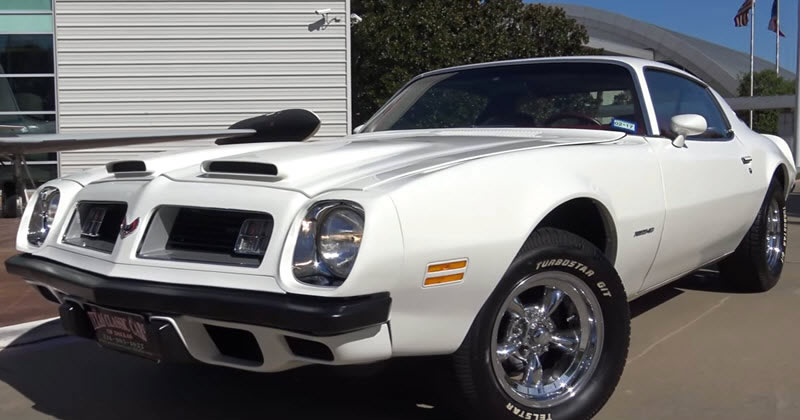 Here we have a 1975 Pontiac Firebird Formula 400 in Cameo White with Red Vinyl interior. As the 400 suggests it is equipped with a 400 cubic inch V8 with 4-barrel carburetor producing 185 hp. The transmission is an automatic Turbo Hydra-Matic (M38).

The Formula was available in both 350 and 400 cubic inch versions. Not much changed between the 1974 and 1975 models except a new roof line with new wraparound rear window and the turn signals were now in the grills (moved from the valance).

Even on the basic Firebird, power steering was standard. With the formula you could expect a 4-speed manual transmission, front disc brakes and front and rear stabilizer bars.

This is the 3rd edition of this great book. Firebird became far more than a contender in the "me too" Mustang pony car race. The Firebird legend just gets bigger. This new edition features an extra 40 images.