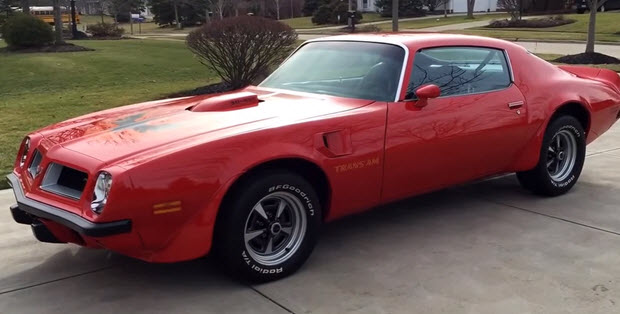 This is a matching numbers 1974 Pontiac Firebird Trans Am with 455 V8 with 4-speed manual transmission. It’s painted in Buccaneer Red with black interior.

A noticeable change for 1974 was the new shovel-nosed Endura front end – designed to comply with the revised federal bumper standards.

Interestingly the “Screaming Chicken” hood decal was a $55 option.