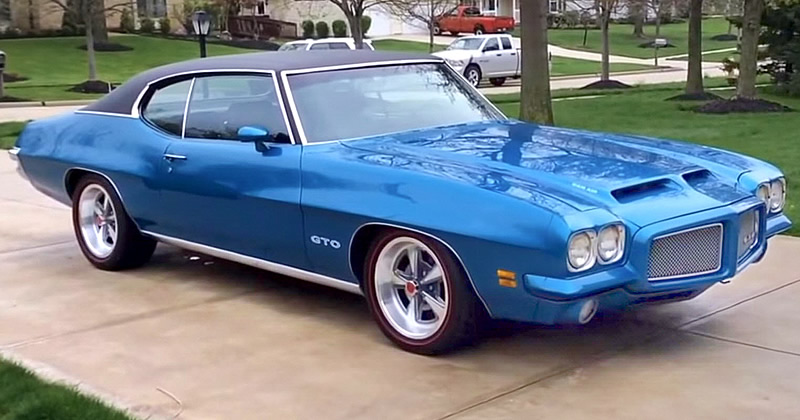 Introduced in 1964 the GTO was originally released as an option on the Tempest Le Mans. For 1966 the Pontiac GTO became a separate model in its own right – although for 1972 it went back to being a package option on the Le Mans.

For 1971 the GTO was given a slight facelift, with the new Endura (bounce back) nose, the twin grille cavities were larger and round parking lamps featured in the lower bumper. The second generation ran from 1968 to 1973.