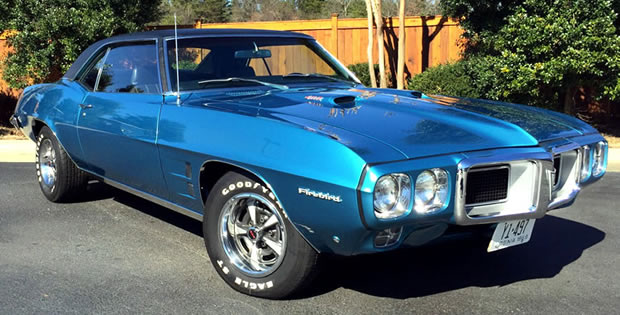 75,362 hardtops and 11,649 convertible Firebirds were sold in the 1969 model year. There were quite a few styling changes for this year even though the model was getting a full revamp for 1970. These changes included a new roofline, every panel was different, a new look front and the fuel filler was moved to behind the rear license plate – a great place to put it as it kept the car’s lines clean without the need for a filler door on the side of the vehicle! The car also gained about an inch in length.

Also this year saw the introduction of the “Trans Am Performance and Appearance Package”. This Trans-Am package launched late in the model year (March 1969) and resulted in just 689 hardtops and 8 convertibles sold. The Trans-Am was no more powerful than a standard Firebird and was primarily cosmetic although did featured an improved suspension.