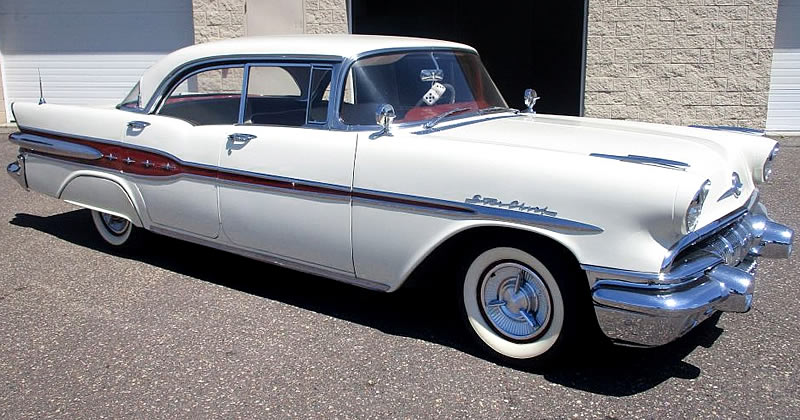 This beautiful 1957 Pontiac Star Chief 4-door Catalina is all original except one repaint 6 years ago. It obviously helped that it spent the first 25 years of its life in sunny California.

Star Chief was the premier lineup for 1957 and at this time Catalina was the name given to describe Pontiac's pillarless hardtop cars.

The 4-door Catalina was the best selling car in the Star Chief range for '57. It outsold the standard 4-door sedan by a wide margin. Buyers were definitely drawn to the great lines of a pillarless hardtop preferring the cleaner look.

You can spot a Star Chief easily by the four stars inside the flying rocket side trim - the lesser Chieftain and Super Chief had just three stars. 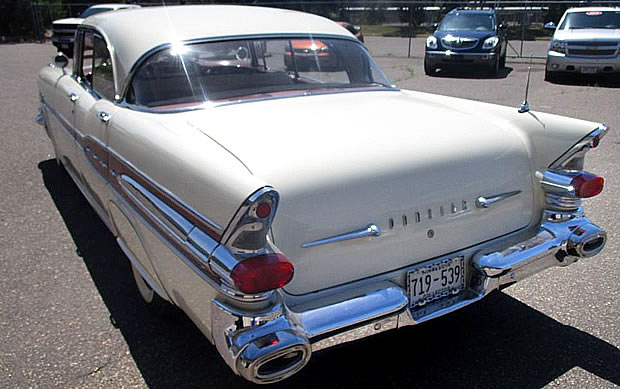 1957 was the only time that Pontiac used what could actually be described as tailfins.

You can see elements of Chevrolet of the same year although Pontiac received heavier decorative treatment. They were slightly more expensive than a Chevy and arguably offered a little more refinement.

There was plenty of chrome inside the Star Chief. Even the door armrest base was chromed. 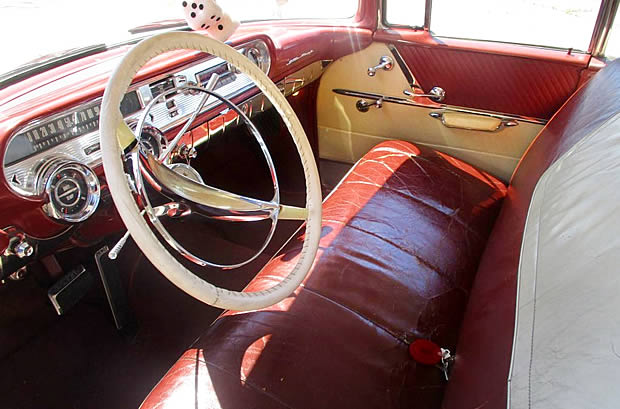 Under the hood is a 347 cubic inch Strato-Streak engine with 4-barrel carburetor. It came as standard on the Super Chief and the Star Chief and produced 270 horsepower. The original owner of this car opted to have a Strao-Flight Hydra-Matic automatic transmission costing an additional $231 rather than the standard, 3-speed manual which was standard.

This 57 Star Chief is currently for sale on eBay. (follow the link for even more photos﻿)