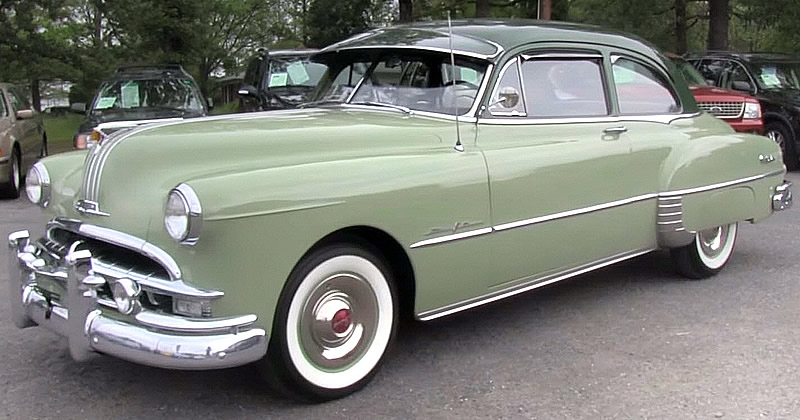 Here we have a 1949 Pontiac Chieftain Deluxe 2-door Sedan painted in the two-tone combination of Wellington Green upper, Sage Green lower and a gray cloth interior. The engine is an straight eight which has a 248.9 cubic inch displacement which is just under 4.1 liters.

Pontiac described its 1949 models as 'The Most Beautiful thing on Wheels... and even Better than it Looks!'

This car is fitted with the GM Hydro-Matic Drive automatic transmission, a 4-speed box introduced to Pontiac in 1948 - a $159 extra.

The Chieftain Deluxe 2-door had a base price of $1,874 for the Deluxe (and $1779 for the standard). Figures for individual models aren't available but Pontiac made 235,165 Streamliner and Chieftain Eights with 174,449 of those fitted with the Hydra-Matic automatic transmission.