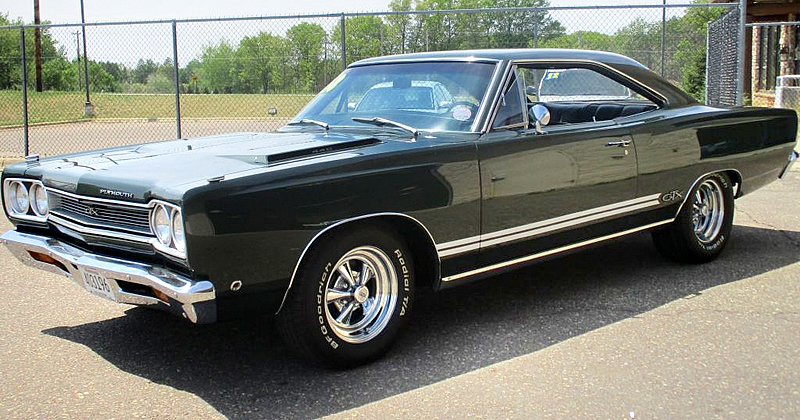 If you want raw power with a touch of class look no further than this 1968 Plymouth GTX in Forest Green with black interior. Powered by the 440 cubic inch (that's 7.2 liters folks!) V8 Super Commando engine.

Introduced in 1967, the intermediate-sized GTX was based on the Satellite / Belvedere and aimed at the more discerning buyer rather than those who just wanted speed for the street or strip and couldn't care less about refinements. These cars were definitely at the top of Plymouth's intermediate line and also featured heavy-duty brakes, suspension, brakes and battery.

What the Plymouth GTX offered was plenty of exterior flair and top-of-the-line interior that included embossed vinyl. Plymouth described them as, "rich, yet simple". Door and instrument panels are trimmed with simulated walnut grain. Loop-pile carpeting throughout. Seats were available in eight color combinations and seat belts were provided front and rear.

Check out those lines

The white side stripes you see here were also available in blue, black, green or red.

Plymouth took the existing 440, revised the camshaft and valve train, used over-size ports and valves and used an unsilenced air cleaner and the 375 horsepower Super Commando 440 was born. This engine made the GTX the intermediate with the largest standard motor.

For those that wanted it, and had the cash, the GTX could be ordered with the 425 horsepower 426 cubic inch Street Hemi. This was the only other engine option available and at $605 it had very few takers.

Inside the interior has black vinyl seats and center console. 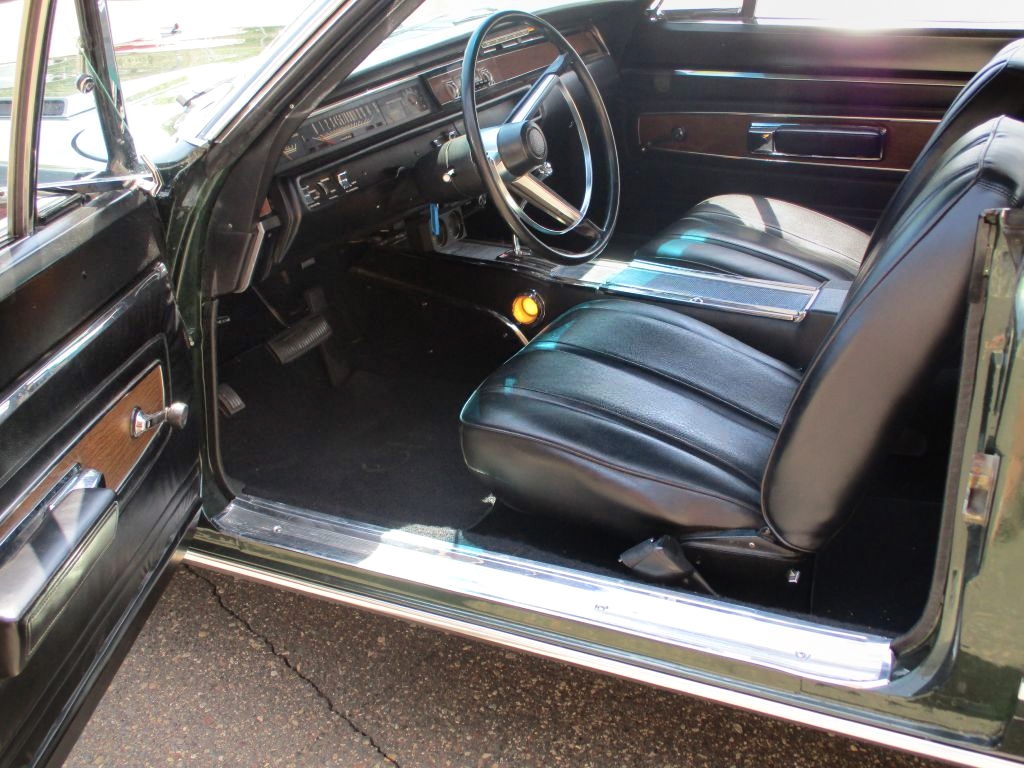 The GTX came with TorqueFlite automatic transmission as standard but original buyers could opt for the A833 close-ratio 4-speed manual. The original buyer of this GTX opted for power steering and power disc brakes with the latter being a particularly rare option.

This Plymouth GTX is currently for sale on eBay. (follow the link for even more photos﻿)