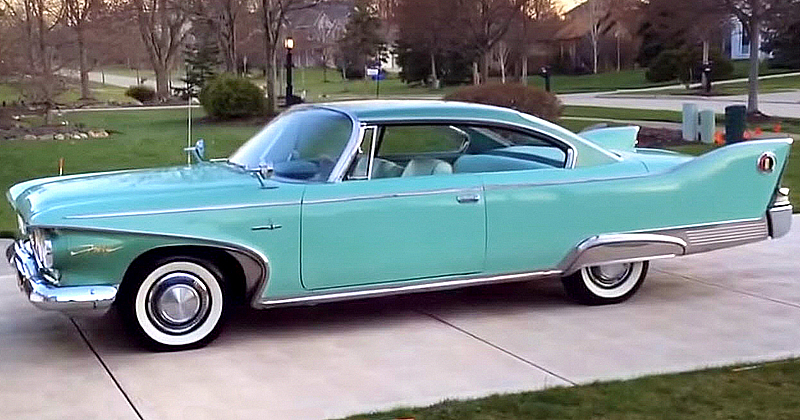 This 1960 Plymouth Fury looks great in its “Seaspray” paint and is powered by a Golden Commando 395 which is a 361 cubic inch V8. Plymouth in 1960 still had awesome tailfins, one more year and they would be gone.

Fury was Plymouth’s top of the line offering for 1960 although it did mark the dropping of the Sport Fury premium line. Fury’s were equipped with everything that a Belvedere had but some extra niceties such as; chrome stone chip shields, tailfin medallions, back-up lights, electric clock and the distictive “Fury” script on the front fender. 1960 also marked the first year for Unibody construction.