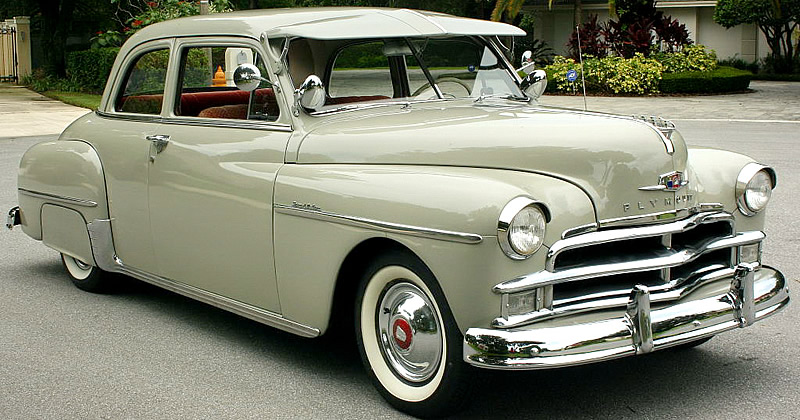 Inside it had twin sun visors (only the driver got one in a Deluxe), richer interior fabrics, and the electric clock was standard.

This 1950 Plymouth Special Deluxe Club Coupe is a lovely example of one of their high-end cars for that year. In a range of four different models the Club Coupe was the second biggest seller although sold less that half the number of the very popular four-door sedans.

Inside, the dash looks superb and features a woodgrain finish and plenty of chrome to complement it. Plymouth’s only power plant for 1950 was an L-Head 217.8 cubic inch six cylinder engine. It output 97 horsepower and came paired with a 3-speed manual transmission.

This particular car enjoyed the additional benefits of a heater / defroster  costing an additional $44 and an AM radio priced at $73.

This Plymouth is currently for sale on eBay. (follow the link for even more photos﻿)