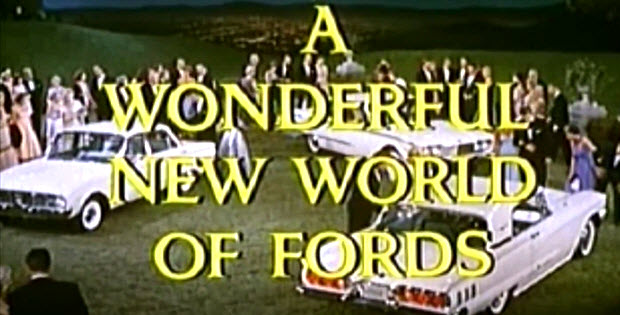 This is how Ford presented their cars in 1960. We are about to enter a beautiful, exciting, wonderful new world.

The fins might not be as big but “Space” still has a big impact on everybody. You can see the whole commercial below. Watch it and you’ll feel how things have moved on from the fifties to welcome in the new decade.

We see the new Galaxie which ended up selling nearly 290,000 units. The commercial then presents the car that everyone has been waiting for, the new-sized Ford. The Falcon. Presented as having full comfort for six adults in a car that’ll give you up to 30 miles per gallon.

So, let’s take a look at the new world of Ford…