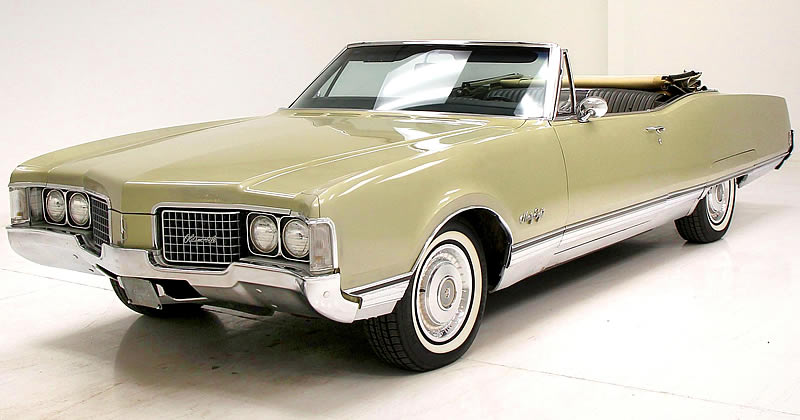 If you bought a Ninety-Eight in the late sixties you were buying a luxury car that rivaled the Buick Electra, Chrysler New Yorker or Cadillac's Calais and deVille.

Clearly this car well looked after and has just over 59,000 original miles on the odometer and near showroom quality interior.

With a wheelbase of 126 inches, this luxury car sat at just over eighteen and a half feet long.

The luxurious interior is all vinyl with rectangular stitched puffy panels on the doors and the dash features a walnut-grained appliqué. 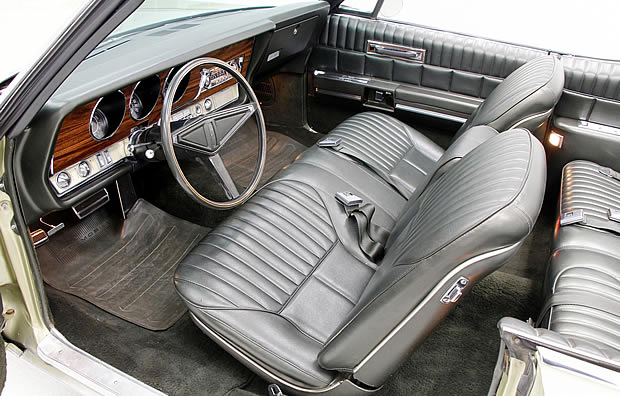 Under the hood there is a 455 cubic inch "Rocket" V8 engine that outputs 365 horsepower. This is connected to a Turbo Hydra-Matic 400 automatic transmission. Both were standard on the 98.

Power brakes and power steering were also standard as are the power windows and front seat. The AM/FM stereo in this car was an option costing $238.

Oldsmobile produced 3,942 Ninety-Eight convertibles for the 1968 model year so it is a relatively rare beast now. Base price was $4,418 and was the most expensive full-size Oldsmobile that year.

This Oldsmobile 98 is currently for sale on eBay. (follow the link for even more photos﻿)