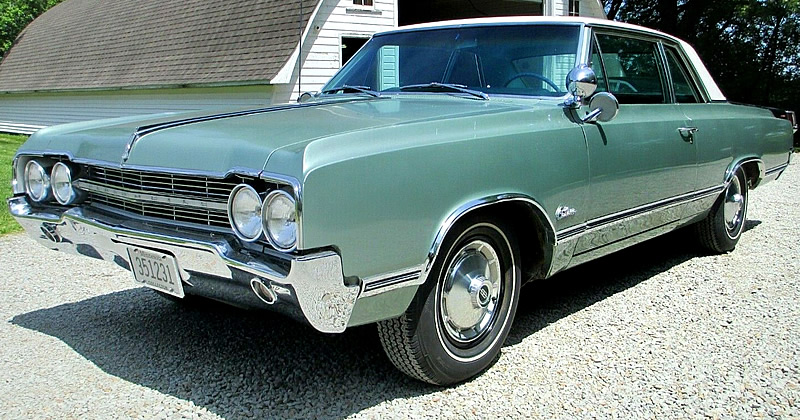 It’s always great to see an original survivor car that’s been looked after its entire life. Still wearing the paint it left the factory with, this 1965 Oldsmobile Cutlass has just 48,475 miles on the odometer.

Made in the Fremont, CA plant and having been bought new in Pheonix, AZ back in June 1965 it remained there for several years. It then moved on to the state of Georgia, again staying for several years. By the time it moved up north to Madison, WI it was well into “collector status” and so was in good hands.

It still has its original window sticker, protect-o-plate, title transfers, and service receipts to help verify the mileage.

The Laurel Mist with provincial white painted top is a great choice on the second generation Cutlass.

Inside, the original green interior complements the exterior nicely.

Part of the F-85 compact series, the Cutlass was the top trim level of the line-up.

Under the hood sits the high-compression version of the 330 cubic in V8, fitted with a 4-barrel carburetor and offering 315 horsepower – 65 hp more than the standard 330. Paired with a Jetaway automatic transmission it would have added a further $260 to the price of the Cutlass when it was ordered new.

This ’65 Oldsmobile Cutlass is currently for sale on eBay. (follow the link for even more photos)