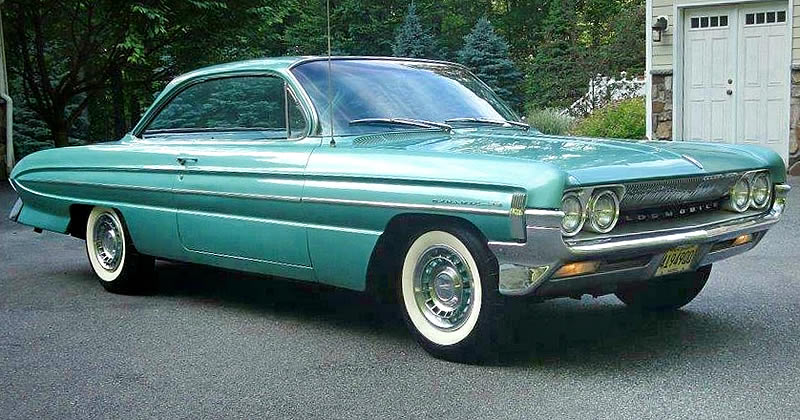 It was complete restyle time for Oldsmobile with an all-new body and chassis for 1961. Rocket ship styling was still the order of the day with this 1961 Oldsmobile Dynamic Eighty-Eight 2-door Holiday Hardtop!

A year previously the Dynamic Eighty-Eight was the base model. With the introduction of the F-85 compact, it was now a level up. Primary competition would be from cars like the Buick LeSabre, Chevrolet Impala and Pontiac Catalina.

This 88 has just 40,200 miles on the odometer which are believed to be original.

Inside, the vinyl and cloth seating has been well preserved and it looks like they were kept under plastic seat covers leaving the fabric under them in good condition. 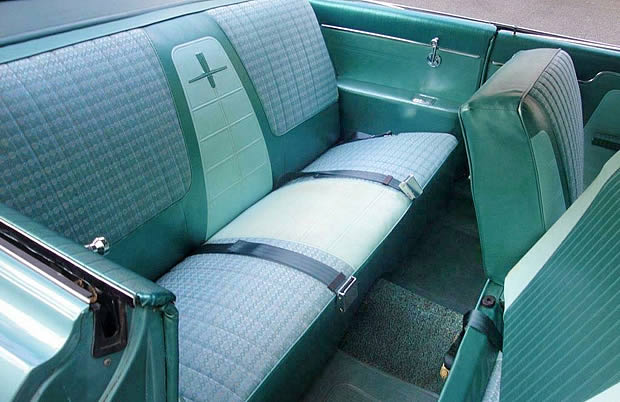 Also available that year in both the Holiday Coupe and the Holiday Sedan in the Dynamic 88 series was an optional Starglo Morocceen interior. This all-vinyl trim was long-wearing and easy to wash. It was a no-cost option. The padded dash was a standard feature.

A neat feature is the Safety Spectrum Speedometer. There is a colored band, indicating speed that travels from left to right as the speed increases. It starts off green up to 35 mph, then changes to orange up to 65 mph when it changes to red. 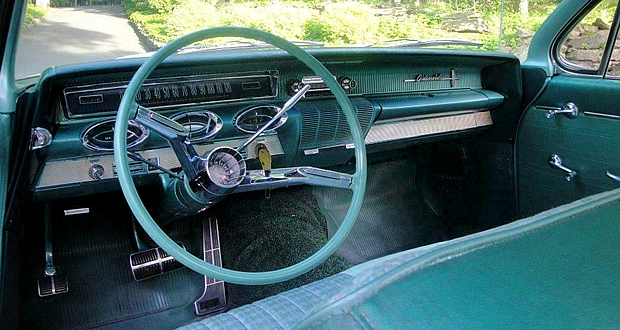 Power comes from the 250 horsepower 394 cubic inch V8 Rocket engine and came standard on the Eighty-Eights. This is paired with a Hydra-Matic automatic transmission - a $231 option. 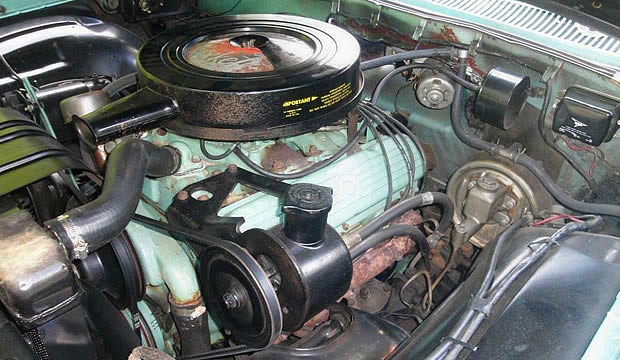 Oldsmobile sold 19,872 Dynamic Eighty-Eight 4-door Holiday Hardtops during the 1961 model year. The original price would have started at $2,956 although this car is also fitted with the following options: AM Radio ($66), power steering ($108), power brakes ($43) and Hydra-Matic automatic transmission at $231.