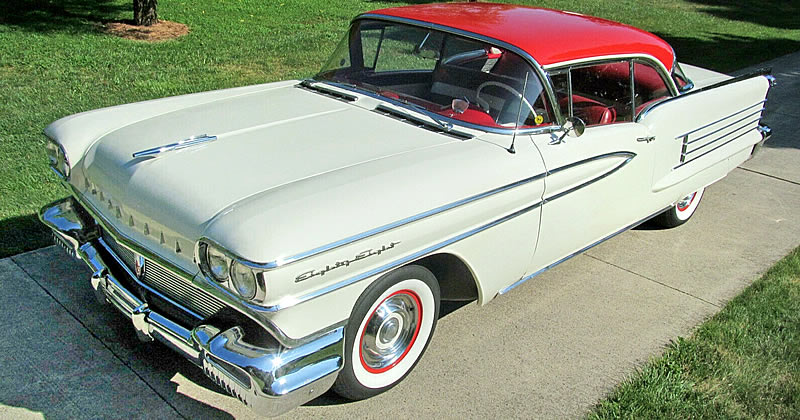 1958 was a big year for chrome and there are plenty of fans out there that like the heavy chrome cars. So, for you we present this fabulous 1958 Oldsmobile Dynamic Eighty-Eight 2-door Holiday Hardtop in Festival Red and Alaskan White.

Oldsmobile cars saw some big styling changes this year and they looked much bigger an bulkier. Interestingly though most of the cars were actually a couple of hundred pounds lighter than the previous year.

1958 was a special year as it was General Motors' 50th Anniversary and Oldsmobile's 60th anniversary. Unfortunately it was also a recession year with most manufacturers suffering lower sales as a result.

The Dynamic Eighty-Eight was the Entry-Level model for 1958 although it certainly wasn't lacking in appointments and style. There were seven models in the series.

The red, gray and white interior which compliments the exterior very nicely. 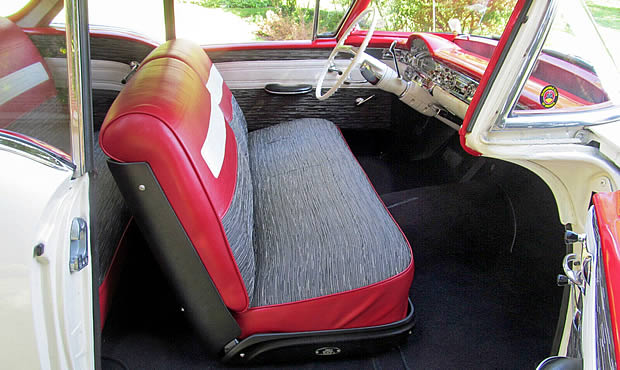 The dash looks great and is also loaded with chrome. 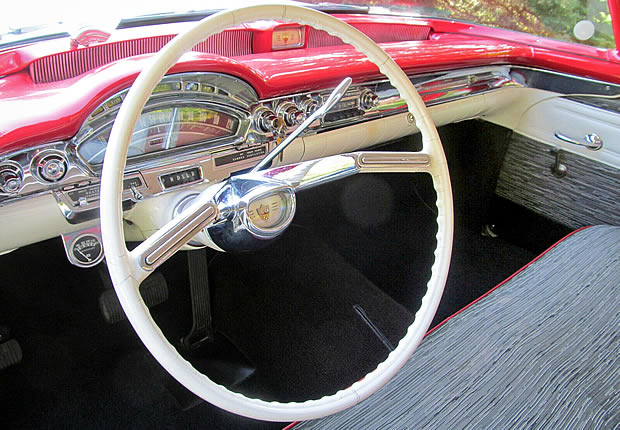 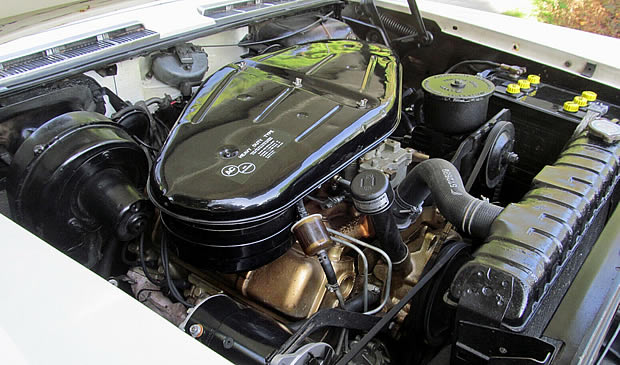 This car was also paired with a Jetaway Hydra-Matic 4-speed automatic transmission which cost $231.

Oldsmobile made 35,036 Dynamic Eighty-Eight 2-door Holiday Hardtops for the 1958 model year at a base price of $2,893. In addition to the Jetaway Hydra-Matic automatic transmission mentioned above, this car also has the power steering option originally costing $107 when new. The original owner also opted for power brakes at $37. It was built in the Wilmington, Delaware assembly plant.

This car is currently for sale on e﻿﻿﻿Bay. (follow the link for even more photos﻿)