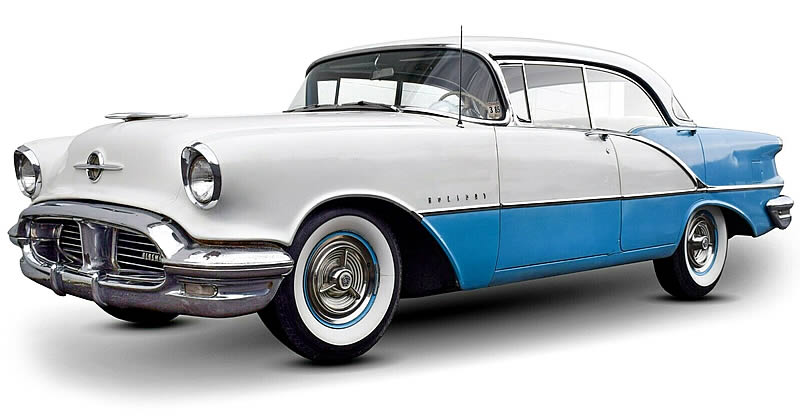 Here is the beautiful 1956 Oldsmobile Super Eighty-Eight 4-door Holiday Hardtop. This big cruiser has got great lines and a very nice color combination.

Body-wise for Oldsmobiles, not much had changed from 1955 - it was new trim that gave the '56 a new look. We now had a full-length body trim piece that began at the back edge of the front wheel and went all the way to the back-up light. An upper piece of trim travelling upwards in a slight arc.

For 1956, the bumper was now split with a vertical piece dividing the two halves. Rectangular parking lights could now be found in the front bumper ends.

The Super Eighty-Eight was aimed against cars like the Dodge Custom Royal, Mercury Montclair and the Pontiac Star Chief. 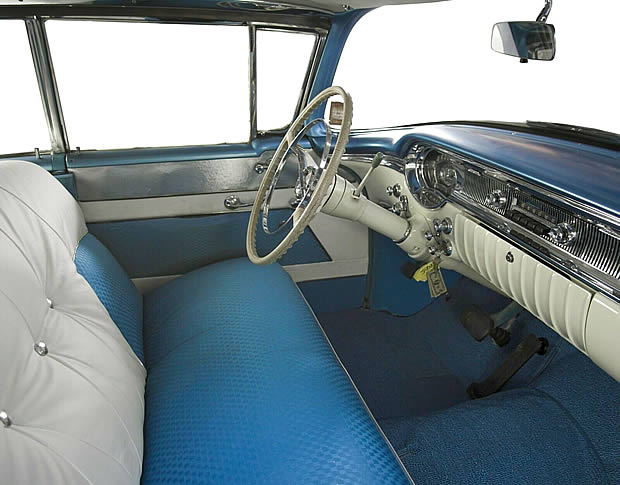 Great styling for the interior

Power comes from a 324 cubic inch Rocket V8 producing 240 horsepower. This was increased from just 202 horsepower in 1955.

Some available Oldsmobile options for 1956 fitted to this car

Other available Oldsmobile options for 1956

If you ordered an Oldsmobile Super Eighty-Eight 4-door Holiday Hardtop (style 56-3639) when it was new it would have cost $2,881. It was the best selling Super 88 model with 61,192 built and this car was made in Atlanta, Georgia.

This '56 Oldsmobile is currently f﻿﻿or sale ﻿﻿o﻿﻿n eBay. (follow the link for even more photos﻿)