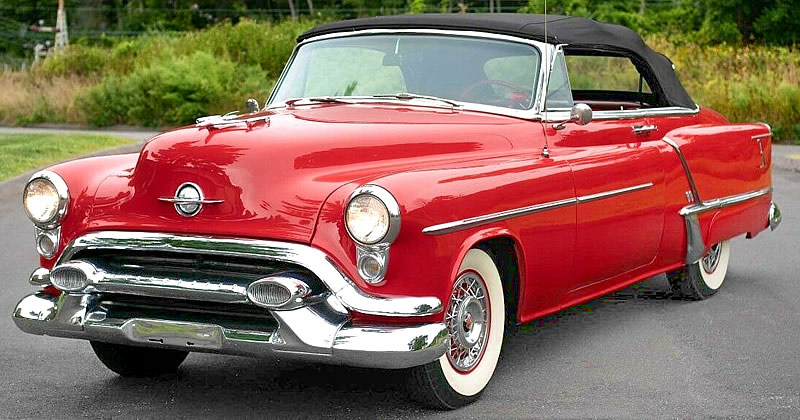 "The New Ruling Power of the Road!" was how Oldsmobile presented their cars for the new 1953 year. The Super "88" for '53 was the "Big Feature" car of the year. Take a look at this 1953 Oldsmobile Super Eighty-Eight Convertible and see if you agree.

1953 didn't see too many styling changes for Oldsmobiles. What they did work on was some of the finer touches.

The Super Eighty-Eight was Oldsmobile's intermediate line-up enjoying extras over the base Deluxe Eighty-Eight with such items as: rear seat robe rails, ventipane windows, more stainless steel trim and better upholstery selection. The engine provided a further 15 horsepower too! 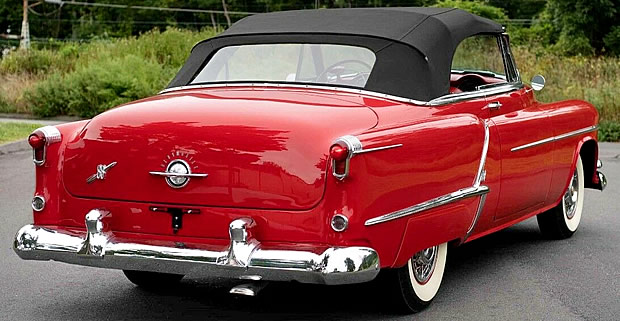 This was the first year for 12 volt electrics with Oldsmobile dedicating a page in their sales literature to promote the advantages over the old 6 volt systems. It was one of the first manufacturers to do so. It allowed cars to start more easily and paved the way for more accessories to be made available.

The convertible had the advantage of coming with deep-buffed leather seats in striking colors to provide the ultimate in cruising luxury. They were really entering the period where glamour was king and color choice was beginning to rule. 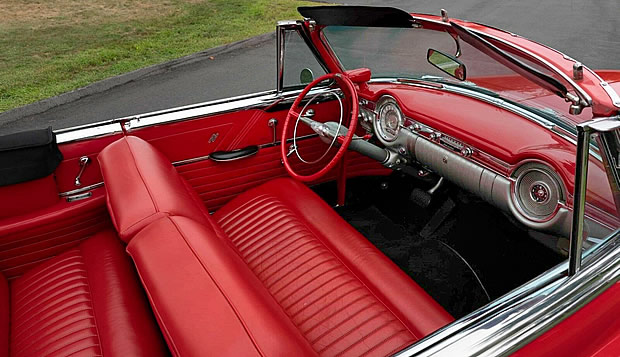 Power comes from a 303 cubic inch, "Rocket" V8 engine with 4-barrel carburetor producing 165 horsepower. This is paired with a 4-speed Hydra-Matic Drive automatic transmission which would have cost an additional $178 over the standard 3-speed manual. This Eighty-Eight is also equipped with power steering from the factory which was a $177 option. 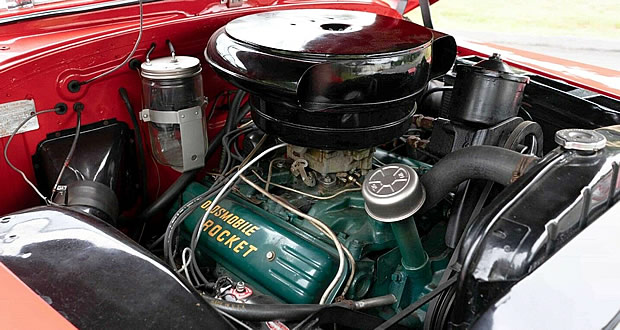 Oldsmobile produced 8,310 Super Eighty-Eight Convertible for the 1953 model year at a base price of $2,853.  This car was built in the Lansing, Michigan assembly plant.

This Oldsmobile is currently for sale on e﻿Bay. (follow the link for even more photos﻿)