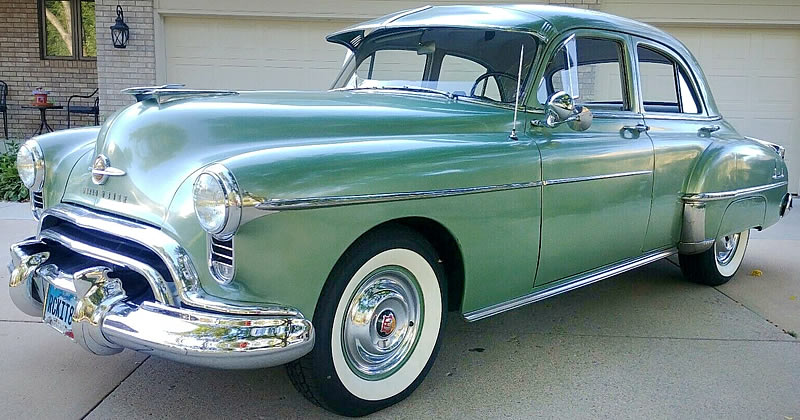 Here's an example of a beautiful, early fifties car - a 1950 Oldsmobile Eighty-Eight Sedan.

The 88 came standard with a 303.7 cubic inch Rocket V8 engine and 3-speed manual transmission. This car is equipped with a Hydra-Matic Drive automatic transmission which would have cost the original owner a further $158 on their purchase price.

The first owner kept this car for 40 years! They clearly loved it and will have created many memories. It has just 60,000 miles on the odometer and this is believed to be original. It's also spent much of its life in Colorado.

The paint is Adler Green and is the original factory color (code 11) and the car was made at the Kansas City, Kansas plant.

In the center of the dash you'll see the original radio - an $85 option at the time. 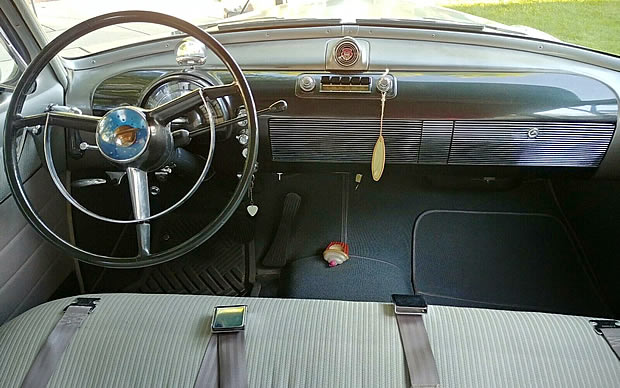 Of seven different models in the Eighty-Eight line-up in 1950, only two of them were four-doors. The station wagon and this sedan. The sedan was by far the biggest selling 88 with 141,111 of them being sold in the '50 model year. In fact, it was the best selling Oldsmobile that year by a wide margin. The next most popular car was the Ninety-Eight Sedan selling 80,265 in total. 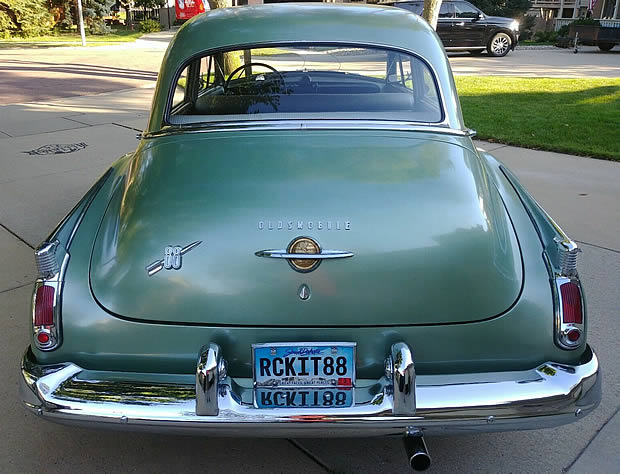 The Eighty-Eight was available in both standard and Deluxe versions. The standard sedan would have cost $1,978 with the Deluxe option costing approximately an additional $100. For that you got: stainless steel gravel shields and extra chrome moldings on the exterior. Inside the interior seating used foam rubber seat cushions, there were robe rails, a DeLuxe steering wheel and instrument panel that included a clock as standard.