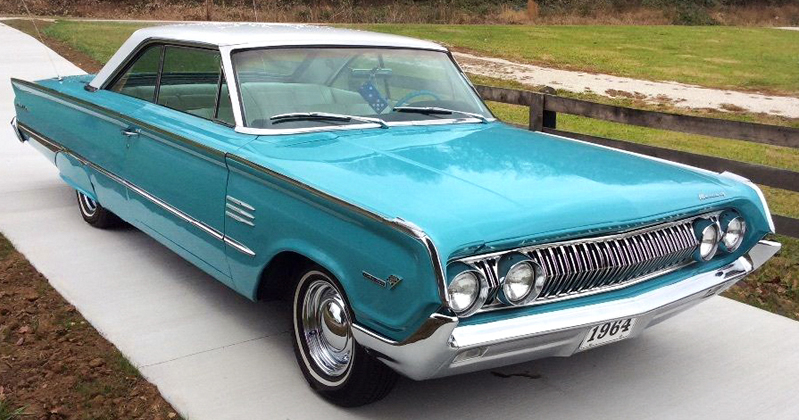 This 1964 Mercury Montclair Marauder 2-door fastback in Peacock Blue marked the return of the Montclair name to the Mercury line-up for this year. Originally introduced in 1955, the name was dropped between 1961 and 1963.

Mercury buyers in 1964 had a choice of styling. The Breezeway with its rather distinctive rear window that retracted allowing extra ventilation and the Marauder which was the name given to the pillarless hardtop fastback. These two styles were available on the Monterey, Montclair and Park Lane Series.

Both styles were priced exactly the same for the 2-door versions, allowing purchase decisions to be made entirely on looks rather than cost. The Marauder outsold the Breezeway in all three series. Find out what people are currently paying in the collector car market.

Check it out on Amazon
Share3K
Tweet
Pin57
3K Shares