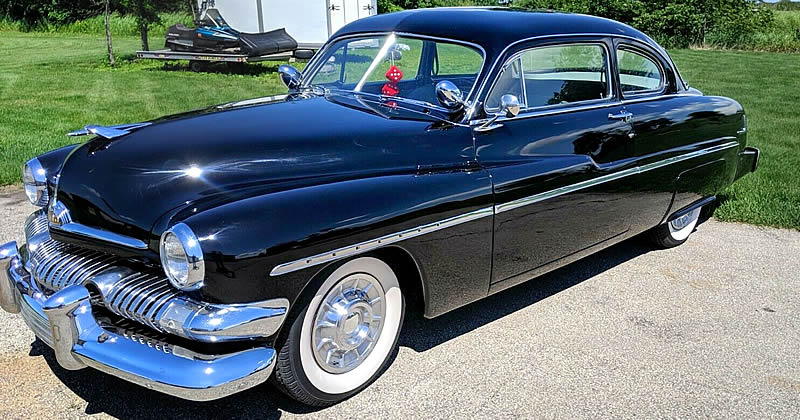 The 1951 Mercury is somewhat of an iconic automobile. This postwar shape was introduced in 1949 and had a run of three years.

It was a body style that proved very popular with customizers who were particularly found of chopping the roof – so popular that it’s always refreshing to see one that hasn’t been messed with.

1951 saw just a few changes such as a new grille, vertical taillights (replacing the horizontal ones from the previous two years) and some trim changes before a complete restyle for 1952. It was the last year for split windshields and suicide doors on the 4-door models too.

Inside, the interior is very striking and that dash is such a lovely piece that is a joy to look at.

Note that this car also has an original radio installed. Something that would have cost the original owner a further $84 on the purchase price. Power comes from a 255.4 cubic inch V8 with 2-barrel carburetor producing 112 horsepower. This one is a very tidy example. Primary competition would have come from cars like the Buick Special, Dodge Meadowbrook, Pontiac Cheiftain Deluxe and Studebaker Commander among a few others.