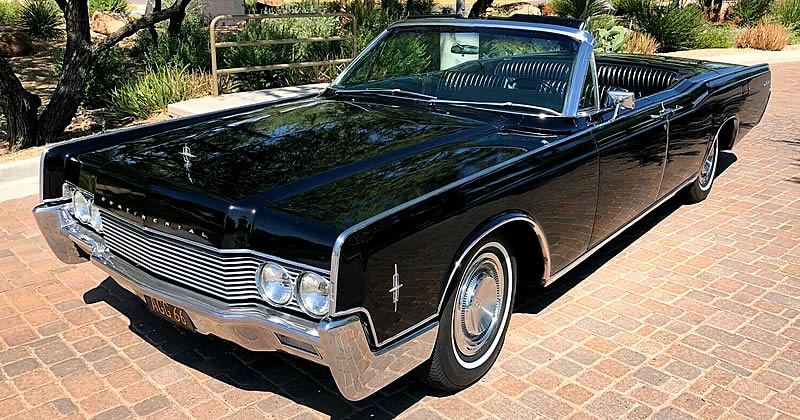 Lincoln's came with a massive 462 cubic inch big block V8, an engine that had just been introduced that year. It was a larger, more powerful engine for a car that had also grown in size.

Continentals (1961 to 1969) were well known for their suicide doors (the rear doors were hinged at the rear). Interestingly this feature was also carried through to the convertibles with Lincoln being the only American manufacturer producing 4-door convertibles. 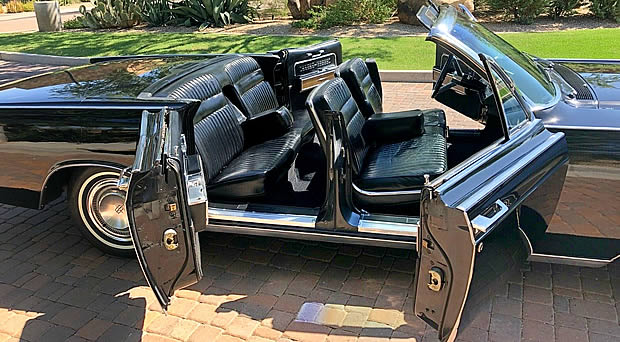 1966 was also the first year Lincoln made a two-door hardtop available since the forth generation cars were introduced in 1961.

The instrument panel / dash of the Continental is quite an unusual design. Leather interiors were standard on the convertibles. 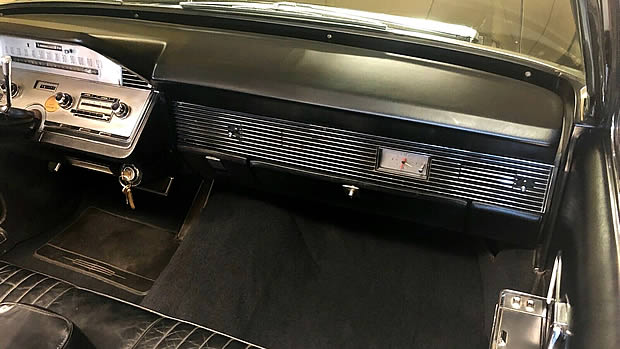 Under the hood sits the 462 cubic inch V8 with 4-barrel carburetor outputting 340 horsepower. This is paired with a Turbo Drive automatic transmission - both standard in the '66 Continental. 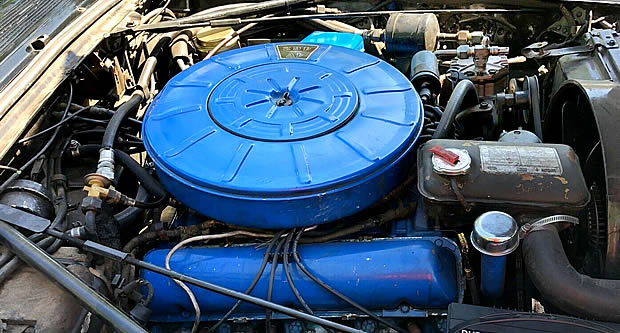 Some available Lincoln options in 1966

Lincoln produced 3,180 four-door Continental Convertibles for the 1966 model year at a base price of $6,383 which was $900 more than the 2-door hardtop. A total of 54,755 Continentals were made that year across three models which was around 36% more than the previous year. With prices being around $600 less that year it was a great incentive to buy a Continental.

This '66 Continental is currently for sale on eBay. (follow the link for even more photos﻿)