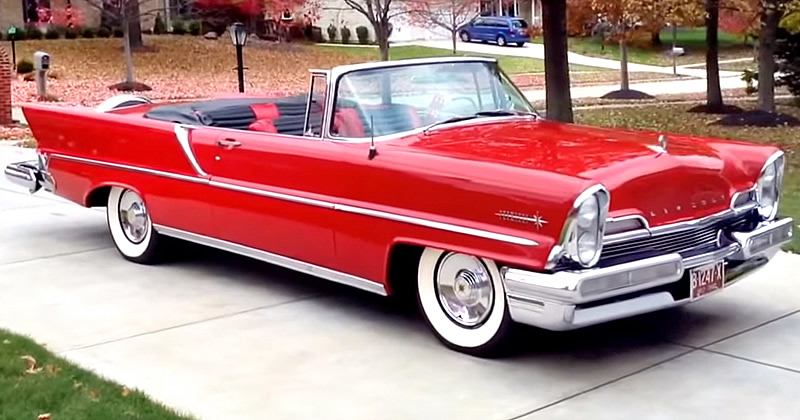 Lincoln introduced the Premiere in 1956 and it ran through until the 1960 model year. Owned by Ford, the Lincoln Division was pitched up against other luxury cars such as Cadillac, Packard and Imperial.

The Premiere was actually very similar visually to the Capri which was also in the line-up for that year.

Plenty of power options were standard such as; power seats (4-way), power windows, power steering and brakes – and of course, a power hood on the convertible! It is equipped with a 368 cubic inch V8 that was rated at 300 horse power.