Here's a car that shows what America was really capable of producing.  For 1956, the newly formed Continental division of Ford came up with this Continental Mark II.

Looking to produce a high-end car they came up with this beauty. A long-hood, short-decked profile that was an instant classic. These great proportions with restrained chrome use gave us a luxury car that had style in abundance.

At the rear we see Continental's vision of the "Continental Kit", formed into the trunk sheetmetal it was to become something of a trademark look for years to come.

The attention to detail was second to none with over 60 hours spent on metal finishing alone. After they had received a thorough testing, Continentals were shipped in a fleece-lined cloth cover and all wrapped up in a plastic bag!

For 1956 this was the ultimate in luxury inside an automobile. 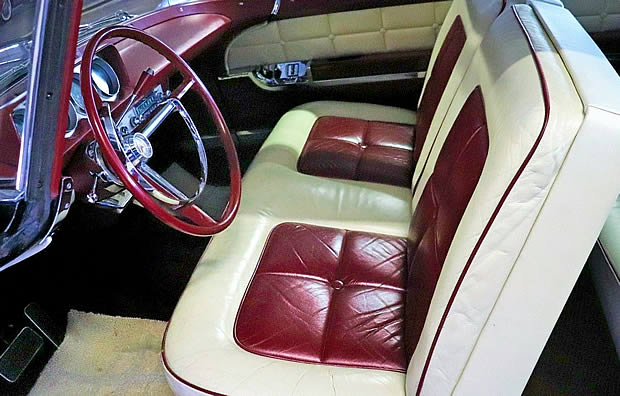 Under the hood is the, new for '56, Lincoln 368 cubic inch V8 producing 285 horsepower and is paired with a Turbo-Drive automatic transmission. Both were standard on the Mark II. 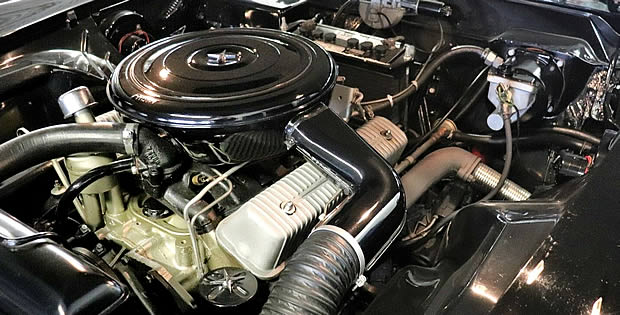 Other standard features were: power steering, power brakes, powered windows (inc. the vent windows), AM radio (with motorized antenna), powered front seat adjustment), leather interior (although cloth was an available alternative). The only additional option that was available was air condition at $595.

Interestingly the Mark II was the car that was used in the original prototypes to produce a retractable hardtop. Those mechanics would then be used to produce the famous 1957-59 Ford Skyliner Retractable.

The Mark II wasn't cheap at $9,695 when it was launched but this was a personal luxury car, a flagship model - overall, 2,550 cars were sold during the 1956 model year. To put that price into perspective, a Cadillac Coupe de Ville was $4,624.

This Mark II is currently for sale on eBay. (follow the link for even more photos﻿)