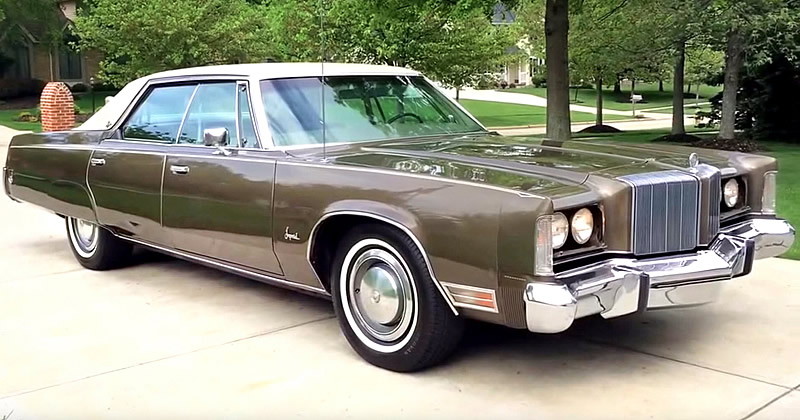 1974 saw a new grille with 'waterfall' styling not too dissimilar to the Lincoln Continental and the wraparound front signal lights also had a touch of Continental about them.

The 4 door hardtop came in at $7230 for 1974 and Imperial produced 10,576 of them during that model year. Unfortunately these big cars coincided with the oil crisis which dampened sales considerably.

Have a look at the plush interior!