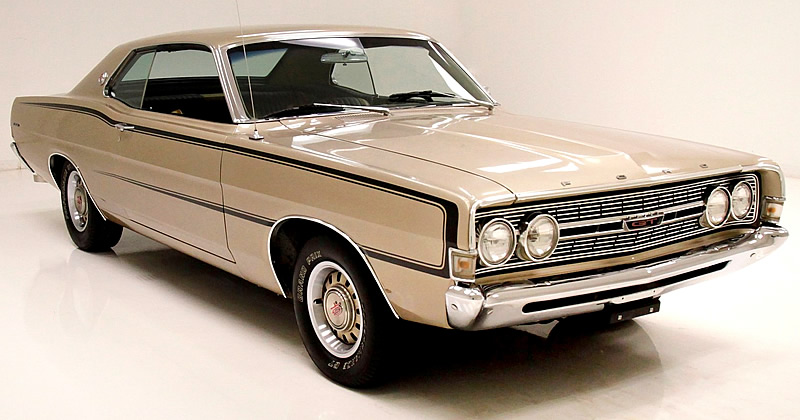 The Ford Fairlane received a complete restyle for the 1968 model year with the top-line models using the Torino nameplate.

Sitting just above the Fairlane 500, the Torino was made up of six models. Three of those were sporty GT models consisting of a Fastback, Convertible and the Hardtop Coupe with a formal roof as we see here.

Torino was equipped with everything that the Fairlane 500 had with the addition of a lower bodyside molding, special emblems and the Torino crest on the C-pillar.

Originally the 1968 Torino GT models came with a 302 cubic inch V8 as standard. After only about one month of the 1968 model year product there was a cost-cutting exercise as the result of a six-week UAW strike. This resulted in the standard engine in the GT being changed to a 289. It was a change that wasn’t reflected in the sales literature of the time.

This particular Torino GT came originally with one of those 289s (C code) but has since been fitted with a 302.

Coming with a Cruise-O-Matic automatic transmission it would have cost the original owner an additional $275.

This ’68 Torino GT is currently for sale on eBay. (follow the link for even more photos)