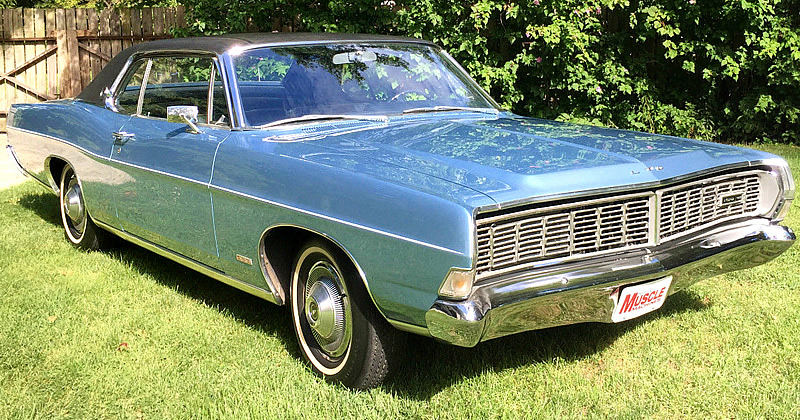 There’s something quite exciting about finding a car that has very low mileage. Especially when they are nearly 50 years old and have less than 3,000 miles on the odometer. This 1968 Ford LTD 2-door hardtop was used from May 1968 until October 1968 and then stored for over 40 years.

Fitted with a powerful 428 V8 and 4-speed transmission it is somewhat of a rarity. Despite well over 50,000 of these Xls being made, this powertrain combination actually makes it 1 of just 17 cars with that combination.

Despite using the same body as the previous year, the big Ford’s managed to look quite different for 1968. They must have stuck a chord with the buying public as the top of the line LTD sales were significantly higher than in 1967.

There was a new full-width grill, the stacked headlights were gone and replaced with horizontally mounted twin lights that were retractable. At the rear, the taillights were made bigger and the rear quarter panel was squared up.

Inside the LTD enjoys walnut appliques on the instrument panel, and doors. The cloth upholstery on this car remains protected under thick plastic seat covers.