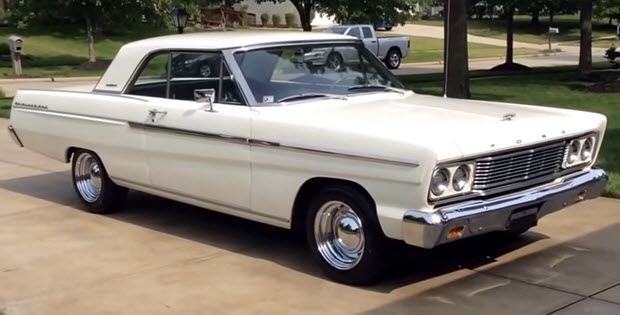 This 1965 Ford Fairlane 500 2 door hardtop was built in the Kansas City plant. It has a 200 cubic inch inline 6 engine with Cruise-O-Matic Drive automatic transmission.  It is painted in Wimbledon White with contrasting blue interior.

The Fairlane 500 series was the top trim level of the line including many trim extras, not least carpets rather than vinyl floor mats found in the standard Fairlane models.

This was the first year that Fairlane taillights were not round and featured chrome “cross-hair” accents across the lens face.