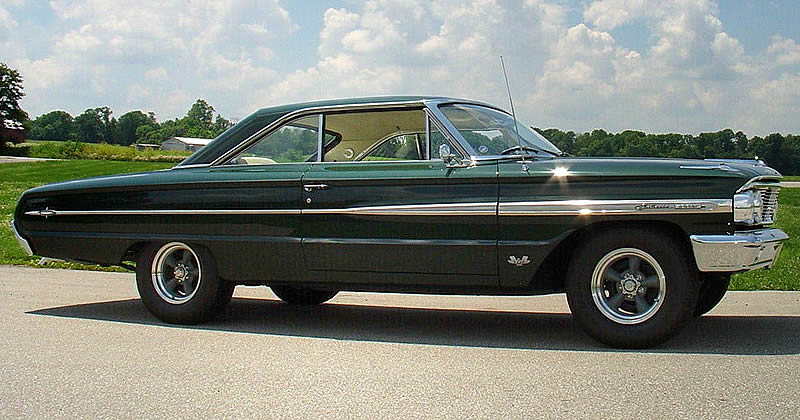 The 1964 Galaxie 500 XL 2-door Hardtop (also known as a Club Victoria) was the best selling body style of all the Galaxies that year - and we're sure you can see why!

'64 was a great year for Ford. Their full-size cars had been awarded 'Car of the Year' by Motor Trend Magazine. Sales were up on the previous year which had also been a great year!

This Galaxie was built in Louisville, Kentucky and looks to be in the original factory color of Cascade Green (code S). 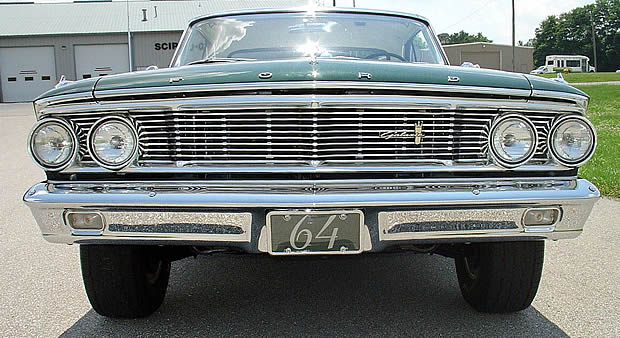 The Galaxie, like other Ford cars, had a restyle this year although it was the final year for the 2nd Generation that had been introduced in 1960.  A fastback style roof, more rounded lines, a new grille, new side spear molding and recessed rear panel marked the most significant changes to the car.

The Galaxie 500 was the top trim level for '64 and the XL version additionally offered bucket seats, and polished door trim panels. 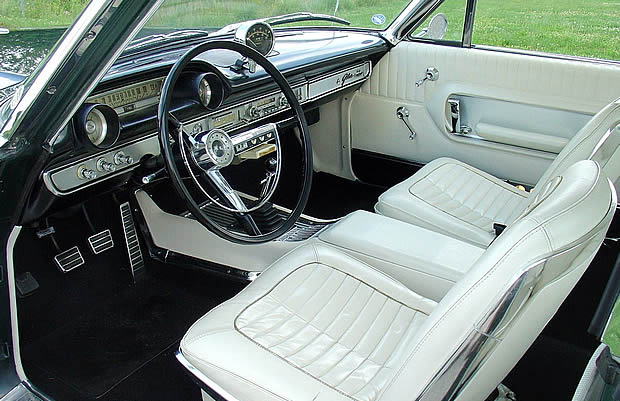 Note the center console that was also standard on the 500XL

Under the hood is the original Z code, 390 cubic inch engine (a 289 was the standard V8 that year). Producing 300 horsepower it is paired with a factory 4-speed manual transmission - a combination that would have cost the original owner a further $117 when they ordered the car.

What is also very interesting about this car is the optional and rare, tri-power set-up that the original owner says was ordered with the car when new. 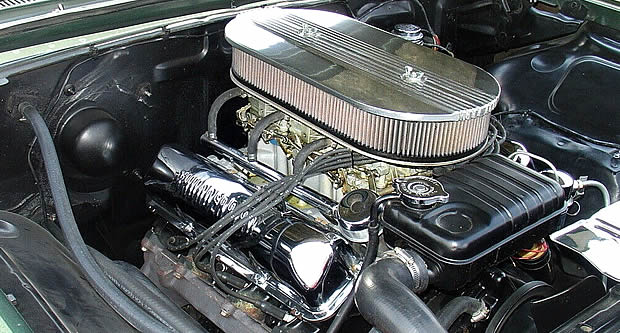 The Galaxie proved to be a very popular car (understandably) and just the Galaxie 500 XL 2-door hardtop sold 58,306 for the 1964 model year. This figure includes both the six cylinder and V8 series. In total a massive 593,533 Galaxies were sold.