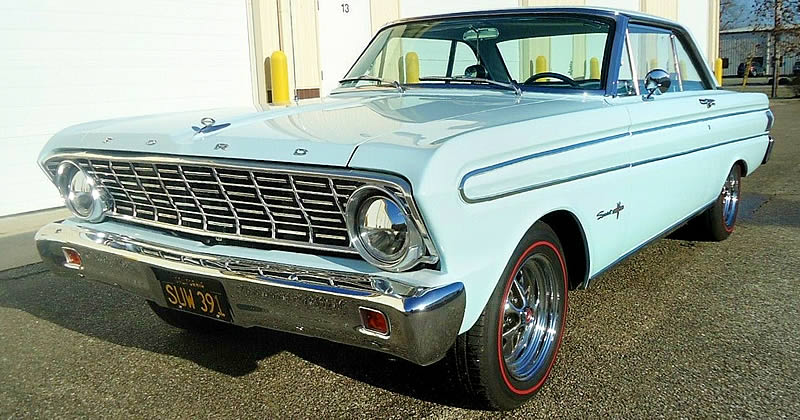 Already a popular car since its introduction for the 1960 model year, the Falcon received a new look for 1964. Except for the 1963 1/2 models the first generation were all six cylinder cars. The Falcon now had a V8 on offer. The Sprint was here with a 260 V8 engine as standard.

The Futura Series was the more luxurious Falcon and the Sprint was a sub-series of this. There were just two versions available: the convertible and the 2-door hardtop that you see here. Both came with bucket seats with center console, rocker panel moldings and wire wheel covers as standard.

This particular Falcon has spent much of its life in California and received a repaint in Skylight Blue - it's original color. It's a great color for these cars don't you think?

Inside there is an all-vinyl interior. You can see the center mounted tachometer which was another Sprint standard feature. The AM radio wasn't standard though and would have cost the original owner a further $58. 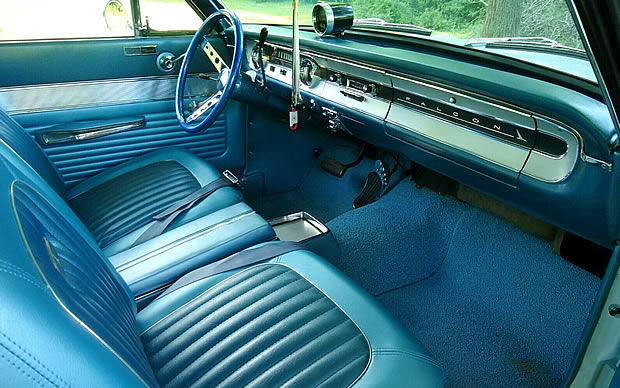 The 260 cubic inch V8 has a 2-barrel carburetor and provides 164 horsepower. Rather than the standard 3-speed manual, the original owner also opted to have a Ford-O-Matic automatic transmission. This would have been another $347 when they bought the car. 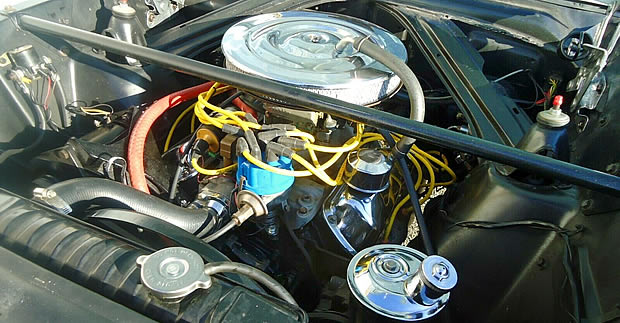 Despite being a great car, the Sprint never really achieved massive sales. This was due to the new and exciting Mustang that was released in April 1964 which buyers could get for just a fraction more.

Falcon Sprint sales ended up at 4,278 for the convertible and 13,830 for the two door hardtop.

This Falcon Sprint is currently for sale on eBay. (follow the link for even more photos﻿)