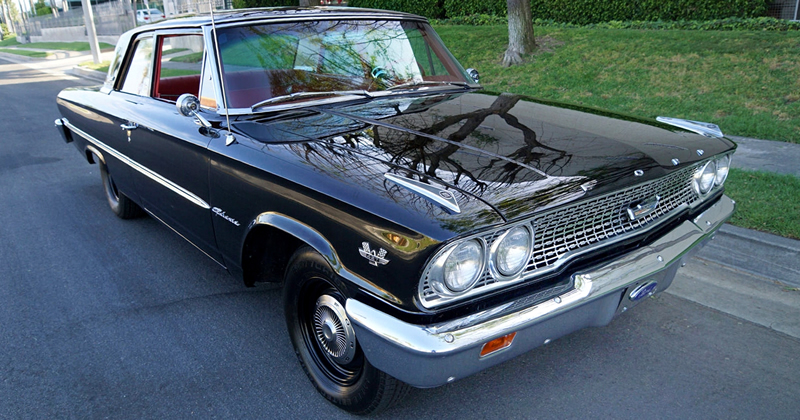 Its, mostly original, Raven Black paint still has a nice lustre and further points to a well looked after car that has covered relatively few miles. Even the original spare wheel and jack are in the trunk.

At the rear it was unmistakably Ford with their distinctive round taillights and GALAXIE name across the trunk lid.

You can see the Thunderbird influence in the roofline.

Inside, the original red vinyl interior still looks really nice. There is just the right amount of wear to indicate those miles are indeed original. Even the carpet and OE mats are what it left the factory with.

Under the hood the original 352 V8 was removed and this 427 cubic inch V8 was installed. This 1965 427 FE is easily producing over 450 horsepower and is equipped with two, 4-barrel carburetors. Paired with it is a T10 Bord Warner 4-speed manual transmission with a Hurst Shifter.

This 1963 Ford Galaxie is currently for sale on eBay. (follow the link for even more photos)