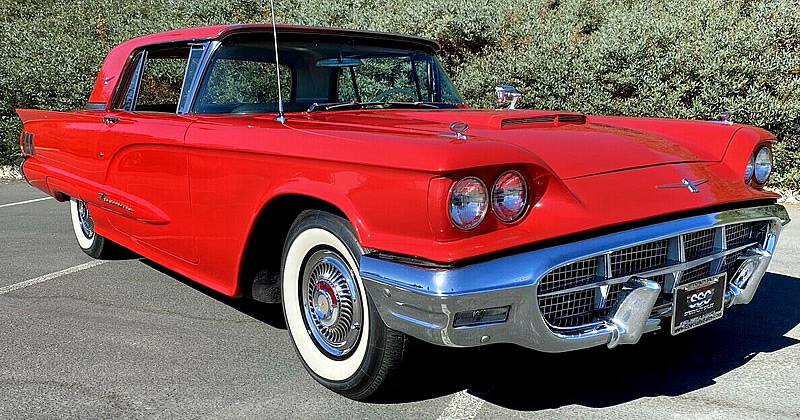 It’s always nice to see one of the squarebirds (1958-1960) – The newly revised shape that marked the addition of a back seat. This change, instigated by Robert McNamara, wasn’t popular with everyone who were sad to see the 2-seater go. However, there is no denying that Ford experienced a massive increase in sales when they went this route.

The Thunderbird had been around since 1955 and this was the best selling year yet with over at 92,798 cars sold during the 1960 model year. The four-passenger T-Bird was doing well.

There weren’t too many changes this year and this was the third and final year the “Square Birds” body would be used. The grille reverted to the small squares design used in 1957 and there were now three taillights per side rather than two.

Inside the interior was fully restored back in 2004 and still looks pristine.

Built in the Wixom Assembly Plant in Michigan it has options including; power steering, power brakes and MagicAire heater / defroster

Some Thunderbird Options Available in 1960.

This 1960 Thunderbird is currently for sale on eBay. (follow the link for even more photos)