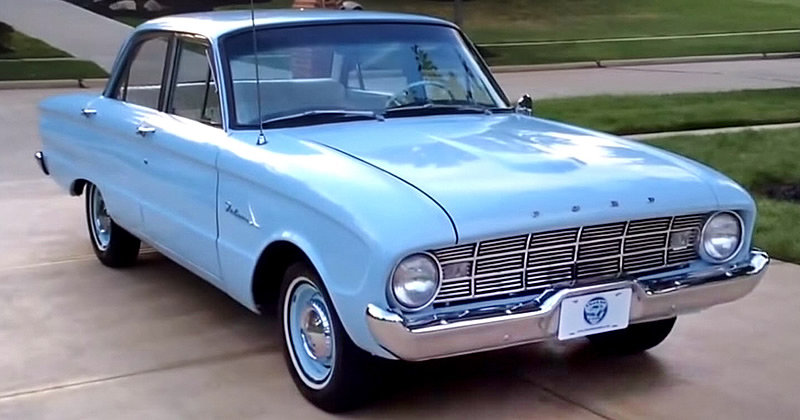 This is a pretty clean 1960 Ford Falcon in Skymist Blue and is powered by the 90 horse power Falcon six - a 144 cubic inch inline six cylinder engine.

Introduced in 1960 the Falcon was Ford's contribution to the compact car field. Originally introduced with a relatively small engine it later evolved and had far more sporty options. The original brochure told us it was the Easiest Car in the World to Own a boasted up to 30 miles per gallon on gas.

At nearly three feet smaller than the full-size Fords it was still marketed as big enough for 6 big adults.