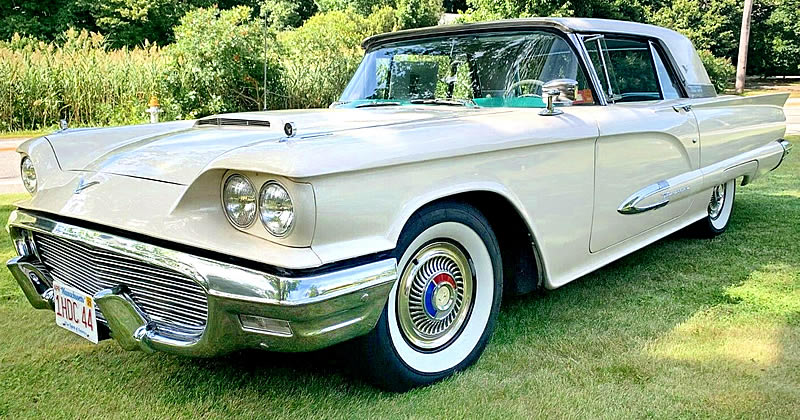 Now in the second year of their second generation, the new four-seater T-Birds were selling better than ever. Already up significantly since the two-seater days (1955-57), sales for '59 were almost twice the level of the previous year.

Thunderbird was really gaining momentum as this sales increase was was achieved with minimal changes to the '58 design. The front fenders no longer sported a "Thunderbird" script and the rear pillar now had a T-Bird emblem that formed a V-shape.

The honeycomb grille had been replaced with horizontal bars. A theme that was duplicated behind the taillights. On the side of the car was a new chrome arrow, replacing the four side stripes.

Inside, the instrument panel now had white dial faces rather than black. 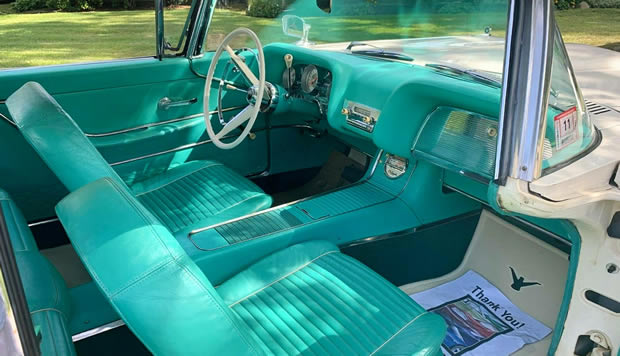 At the top of the center console sits the MagicAire heater and defroster controls - a $83 option.

Under the hood sits the original 352 cubic inch V8 that outputs 300 horsepower, is paired with a Cruise-O-Matic automatic transmission and would have cost the original owner a further $242 on the purchase price.

This Thunderbird is currently for sale on eBay. (follow the link for even more photos﻿)