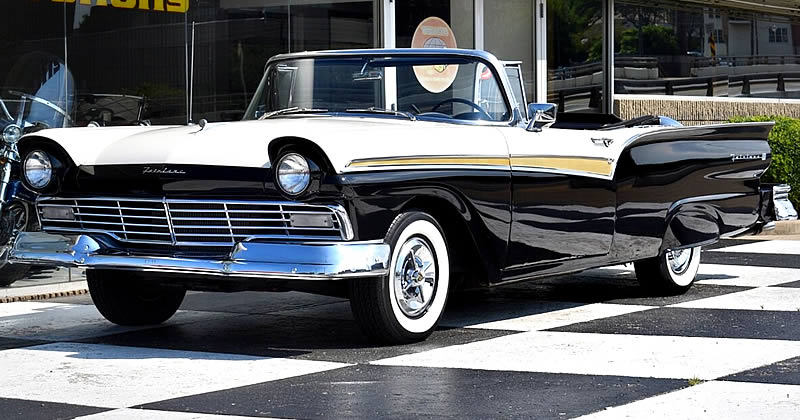 Ford certainly made some great looking cars in the fifties and this is certainly one of them - The 1957 Fairlane 500 Sunliner.  From the 'eyebrow' headlights to the round taillights, this new Ford proved a big hit with the public.

With 77,728 of them sold during the 1957 model year the Sunliner proved far more popular than its other convertible stablemate, the Skyliner Retractable that didn't quite manage to hit 21,000 sales. This was much to do with the fears things going wrong with the Skyliner's complex mechanism and the rather limited trunk space. The Sunliner had no such worries.

Unique to the Fairlane 500 top-of-the-line series was the gold anodized insert in the center of the side trim. This trim also provided the divide when opting for two-tone paint.

Interiors were also restyled for 1957 offering a new selection of color harmonizing upholsery choices. The Sunliner offered Colonial White bolsters with a choice of Cumberland Green, Dresden Blue, Flame Red or the Raven Black that you see here. Fairlane offered more interior space than other models in the Ford line-up. 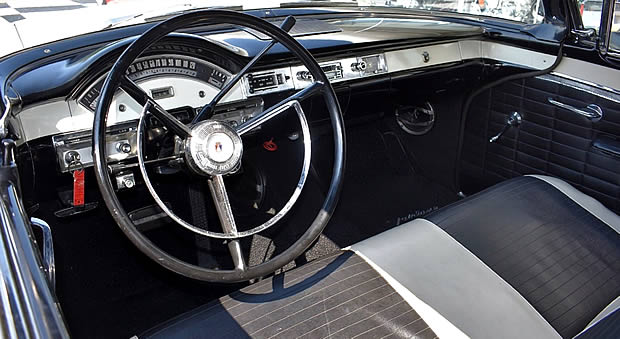 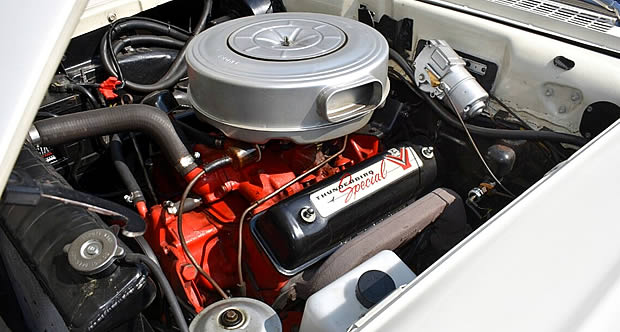 Interestingly only 832 Sunliners were produced with a six cylinder engine. That's only just over 10% of original buyers deciding to stay with the standard six.

This car also benefits from a Ford-O-Matic automatic transmission which would have cost the original owner a further $170.  Other options on this car include: Master-Guide power steering ($69) and MagicAire heater and defroster ($85).

This 57 Sunliner is currently for sale on eBay. (follow the link for even more photos﻿)