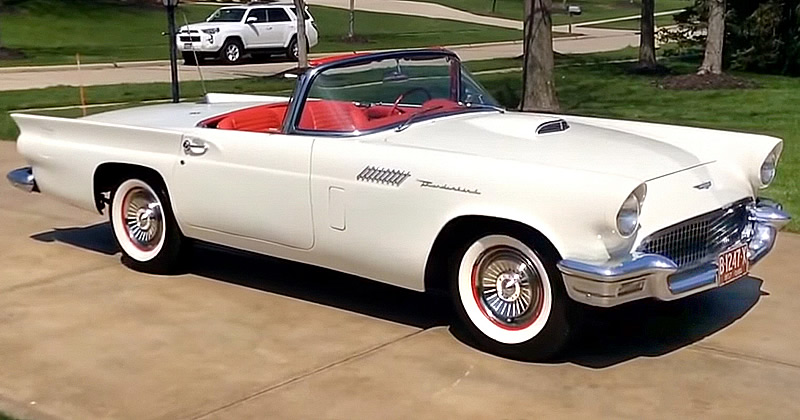 Positioned head on against Chevrolet’s Corvette, the Thunderbird was Ford’s answer to the 2 seater car, although they didn’t claim it to be a sports car as Chevrolet did. 1957 was the third year of Thunderbird production and the first time we saw significant restyling (but the last year it was seen as a two-seater). Amongst these changes was a lengthening to the rear section to allow the spare to be carried in the trunk. We now had fins on the rear fenders (as per the large Fords). The instrument panel was the same one used in the full-size Ford's of 1956.

All Thunderbirds for 1957 were convertibles although they did produce a removable hardtop for them. A total 21,380 cars were produced for the '57 model year.

If you Like fifties Ford's then check out this 1957 Ford Fairlane 500 Skyliner Retractable in operation.