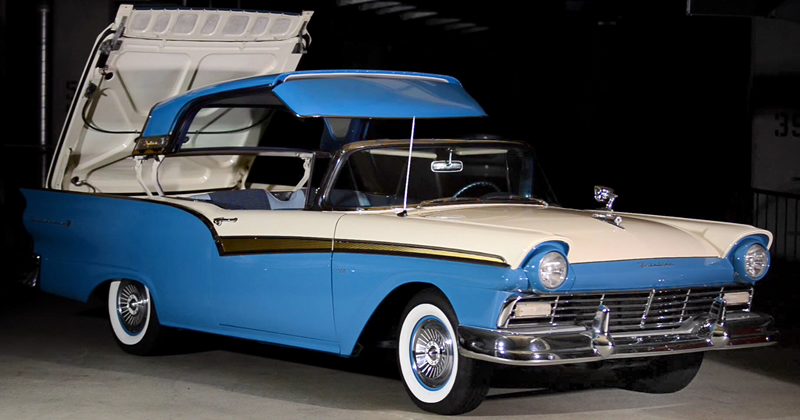 The Retractable, developed by Ford, was the world’s only true hardtop convertible. At the flick of a switch the automatic folding mechanism lifted the roof and folded it into the trunk. It was a complex operation involving solenoids, micro-switches and motors. One of the downsides of this mechanism is that it left little room for luggage when the top was down.

Imagine, Ford mass produced this 40 odd years before it then became popular in smaller European and Japanese models. We still know which one we’d choose – the Ford Retractable hands down.

Watching the top in operation is a marvel and always draws a crowd.