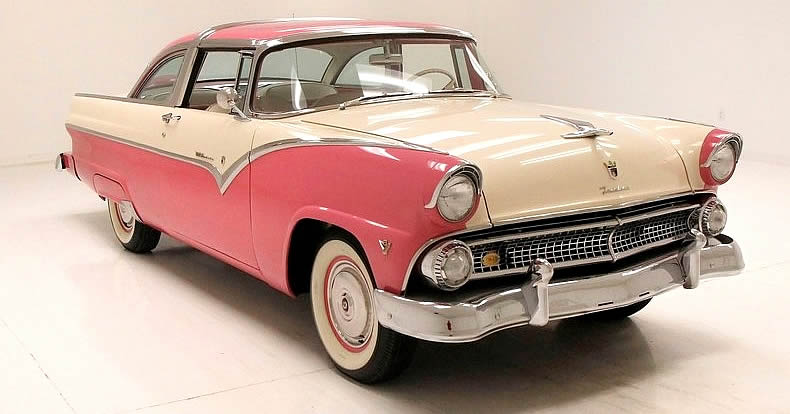 This 1955 Ford Crown Victoria in Tropical Rose and Snowshoe White captures that fifties look perfectly. Ford totally redesigned their cars for '55 and they were really starting to show the glamorous style that the late fifties was famous for.

This particular Crown Victoria has undergone a full rotisserie restoration less than 500 miles ago. 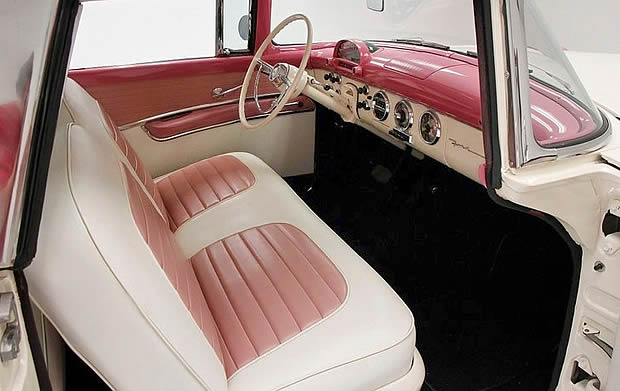 The Crown Victoria was part of the top-of-the-line Fairlane lineup. The Fairlane has a distinctive V-shaped side trim that ran the length of the car and is used to divide the two-tone color schemes.  Wraparound windshields were new for '55 too.

Note the Crown band that runs across the roof

Unique to the Crown Victoria is the non-structural chrome band (tiara) that runs from the B-pillars and across the roof. This chrome band was also repeated inside the car, sweeping down the pillars, across the side panels and right across the top of the back seat. 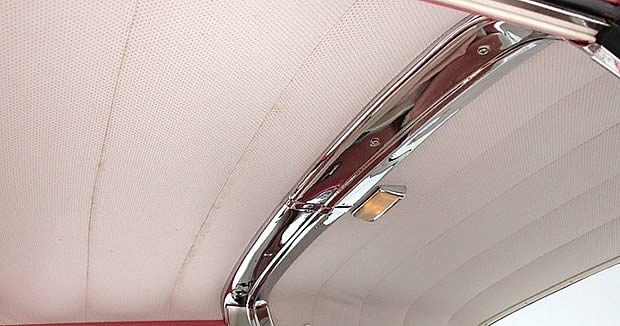 The chrome band is also a feature inside the car 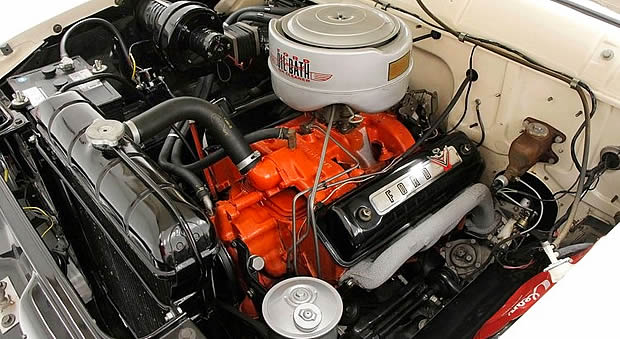 There were 33,165 Crown Victoria cars produced by Ford for 1955, with a base price of $2,302. This car was originally assembled in the Norfolk, VA assembly plant. Extras installed with the car included the 272 V8 engine, Ford-O-Matic Drive automatic transmission and a continental kit.

This Crown Victoria is currently for sale on eBay. (follow the link for even more photos﻿)