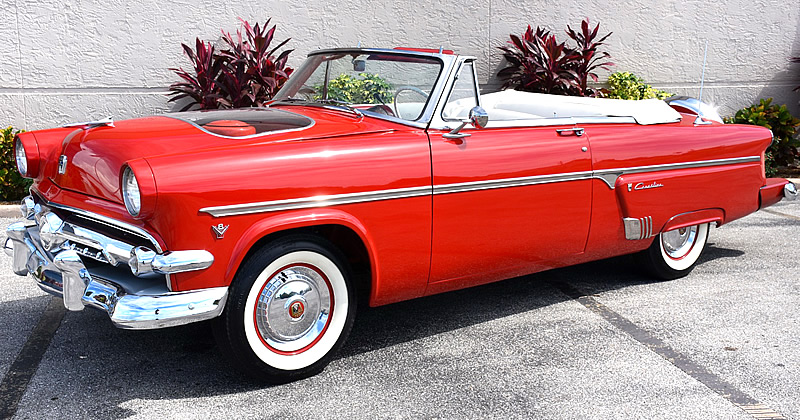 This 1954 Ford Crestline Sunliner is a very special convertible.  Ford made 1500 demonstrator cars for dealers that had a Plexiglass window in the hood for showroom viewing.

It was designed to showcase Ford’s new Y-Block, 239 cubic inch OHV V8 that provided 130 horsepower. Potential customers could then marvel at the new engine while taking a look around the car. Small lights were also mounted inside to help illuminate the engine.

Obviously never really intended to be released like this to the general public (it is likely that the hood would be replaced for a standard one when they were eventually be sold off). So, the number of survivors is likely to be extremely low making this a very rare car.

Here’s a closeup of the Plexiglass hood.

The Ford-O-Matic Drive automatic transmission on this car would have cost the original owner a further $184 when they ordered the car new.