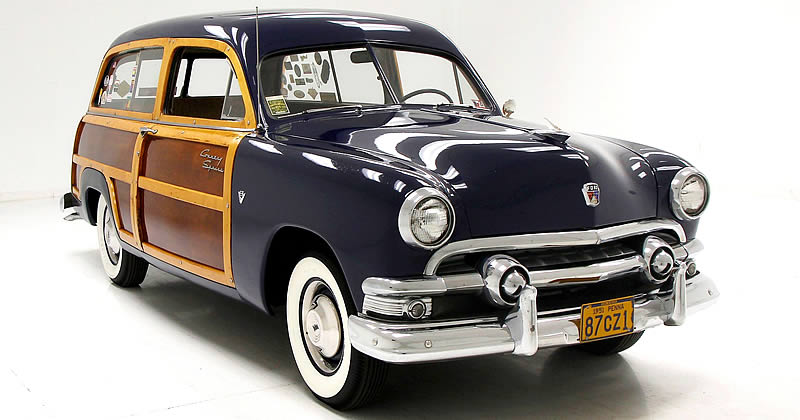 This is one super-fine Woody Wagon! A 1951 Ford Country Squire Station Wagon that, despite having had a respray, enjoys many original features - including the wood!

The Country Squires were in their second year and were part of the Custom Deluxe Series which was the top trim level that year, offering a higher level of appointments than the standard Deluxe Series.

The woody is made from real wood, with it's obvious maintenance issues - 1951 was to be the last year Ford used real wood. However, unlike older Fords the wood was attached to a steel body rather than being completely made from wood from the cowl back.

Great lines on this woody

Being the top of the range, Country Squire owners enjoyed such luxuries as a chrome horn ring, armrests of all of the doors and sun visors for both the driver and passenger!

Designed with an extra row of seats that fold up in the cargo space, it could carry 8 people. Or all your surf gear!  With both rows of rear seats folded down flat there is nine feet of space. A total of 38.8 square feet of space is available. 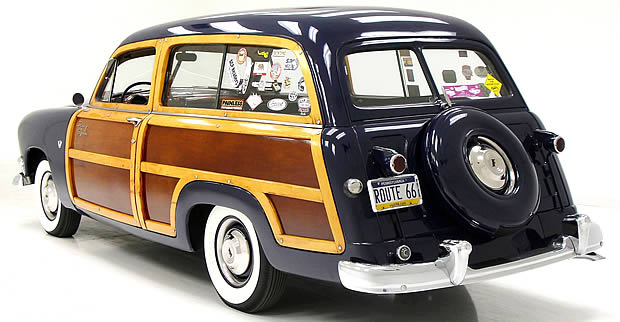 Perfect for the surf scene

Power comes from a 239 cubic inch Flathead V8 engine. Check out how clean it is too! This is paired with a three speed manual transmission.

Ford produced a total of 29,617 Country Squire Station Wagons for the 1951 model year. This figure includes both V8 and six cylinder options. The base price was $2,110.