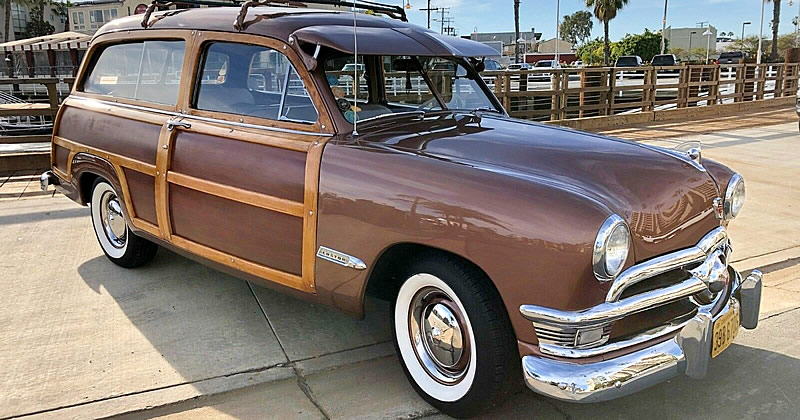 Woodgrained station wagons or "Woodies" have been proved popular with collectors and classic car enthusiasts over the years and none more so than authentic, true woodies. The 1950 Ford Country Squire is one of those cars.

Although Ford had switched to an all-steel frame in 1949 the bodies were still using real wood. Laminated maple frames were attached to the wagon's steel body panels. By 1952 they were using decals. The move away from real wood was inevitable as they were far more expensive to build and protection from the elements was a far bigger problem. 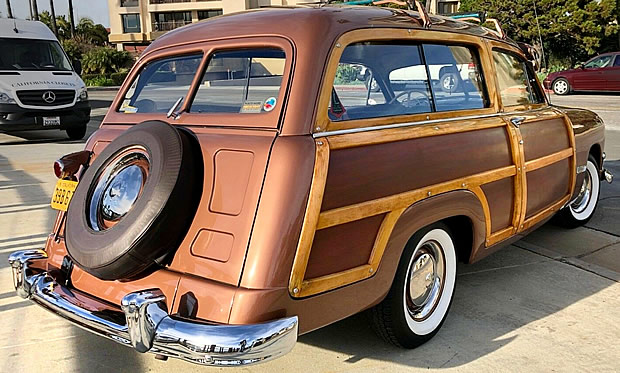 The 1950 Fords were very similar to the 1949 models with subtle changes such as new parking lights below the center bar of the grille, fuel filler door replacing the the external gas cap, redesigned hood ornament, new horn ring, better door latches and various other external improvements. It was enough for proclaim, "50 WAYS NEW for '50!" in their sales literature.

The wood was plentiful in the interior too and, as a top model, enjoyed a few refinements. 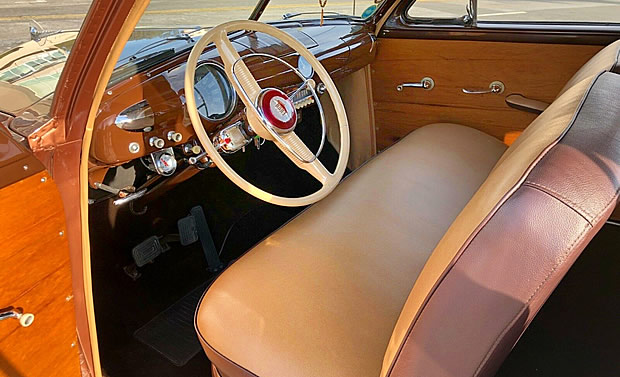 Under the hood power comes from a 239 cubic inch l-head V8 that outputs 100 horsepower. This is connected to a 3-speed manual transmission.

This Ford Woody is currently for sale on eBay. (follow the link for even more photos﻿)