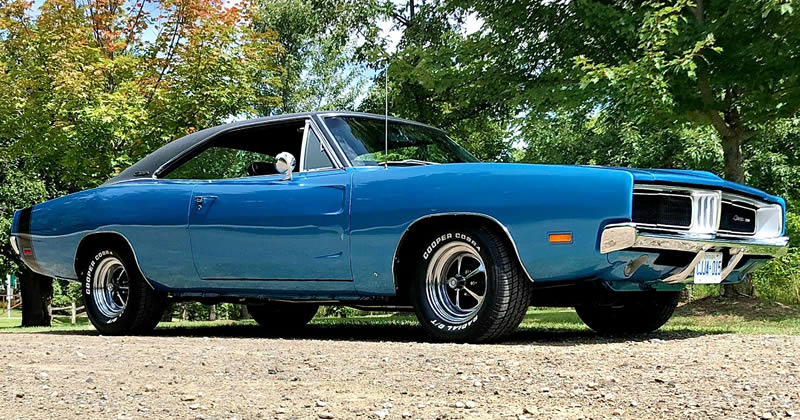 Despite lower sales than the Mustang, the 1969 Dodge Charger must be one of the recognizable and beautiful muscle cars of the late 1960s. The hidden headlamps and recessed rear window really add to the look.

Charger had grown in size with its revamp for the 1968 model year and sales had really started to take off from the relatively slow start with the first generation. The 1969 Charger saw very few changes. The body remained the same but at the front there was a new split grille and to the rear the round taillights were replaced with elongated lenses.

The charger dash has an interesting instrument layout and offers (from left to right), a clock, speedometer, fuel gauge, oil pressure gauge, ammeter and temperature gauge. 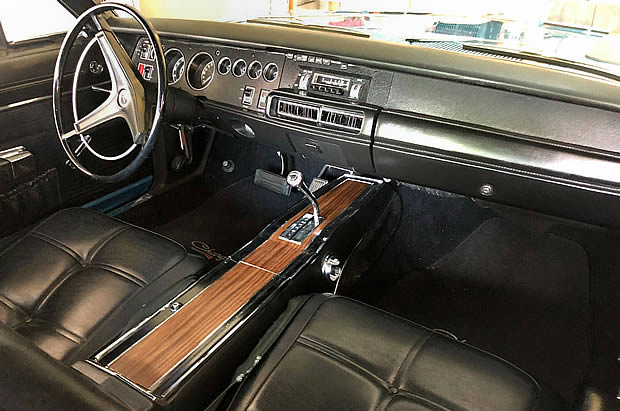 Under the hood the Charger came standard with a 225 cubic inch, six-cylinder engine producing 145 horsepower.  For an extra $106 you could get the base V8, a 230 horsepower, 318 cubic inch block. Under the hood is a 383 cubic inch V8 that which was one of three, 383 variants with prices starting at an extra $176. 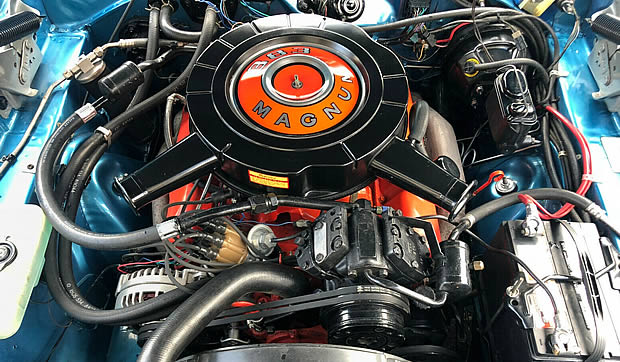 The 1969 Dodge Charger leaped to fame (literally) in the television series The Dukes of Hazzard. The bright orange car with a Confederate flag painted on the roof, really drew the public attention to this car. Despite somewhere between 250-350 cars being destroyed during filming it probably did a lot to ultimately increase the Charger's value. This, in turn, has arguably led to a lot more cars being saved.

This '69 Charger is currently for sale on eBay. (follow the link for even more photos﻿)