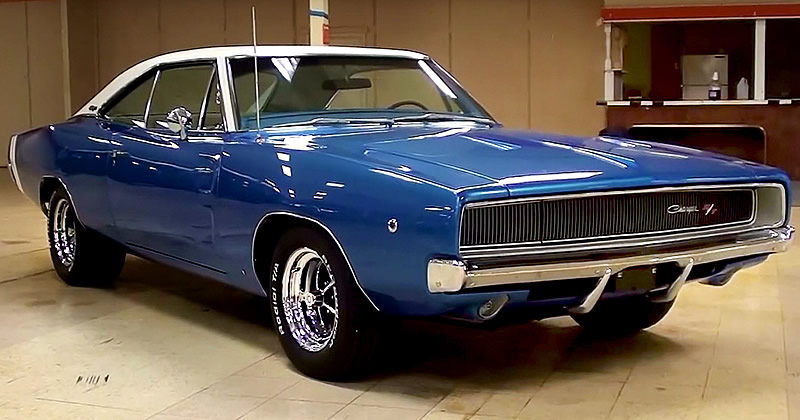 Check out this stunning 1968 Dodge Charger R/T in very attractive Bright Blue with white vinyl top. It’s powered by a 440 cubic inch Magnum V8 with a 727 Torqueflite 3-speed automatic transmission. This power train was part of the R/T package which also included dual exhaust, R/T handling package, heavier duty brakes and racing stripes on the rear. The latter could be deleted from the spec if they weren’t required. Another notable feature on the Charger was the concealed headlights which were vacuum controlled.

Charger was introduced for 1966 and completely restyled in 1968 moving away from the full fastback style and using a slighlty rounded “coke-bottle” styling. This second generation ran from 1968 to 1970 and is arguably the most popular. The fact that the 1969 Charger was the star of the very popular TV show, “The Dukes of Hazzard” could well have lifted its notoriety even higher.