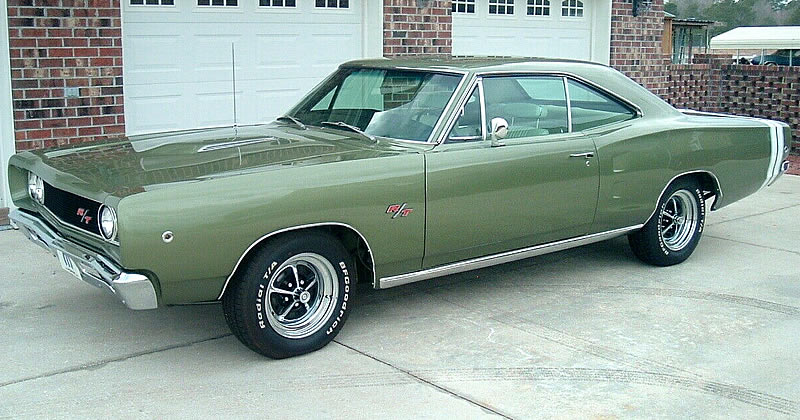 Have you got Dodge Fever? Then take a look at this ’68 Coronet R/T. A great looking car that was completely restyled for the 1968 model year. It is arguably one of the best looking Coronets produced.

With a 117 inch wheelbase the Coronet was Dodge’s mid-size offering using Chrysler’s B-body. The R/T was the sports package and the most expensive model in the Coronet series.

R/T nameplates and a power-bulge hood identified the R/T externally.

At the rear, the Coronet has a rather unique and recognizable look with their full-width, concave escutcheon panel.

The Coronet R/T came with a choice of body side or bumble bee stripes (the latter seen here) that identified these cars as part of the Scat Pack – Dodge’s clever marketing campaign to promote their performance cars.

Under the hood is a 440 cubic inch V8 – originally a 4-barrel carburetor and now fitted with a 6-pack. This is paired with a A-833 4-speed manual transmission (originally a 3-speed automatic).

This car is one of 7,751 hardtops that were fitted with a 440 and a Torqueflite automatic transmission.

This ’68 Coronet R/T is currently for sale on eBay. (follow the link for even more photos)