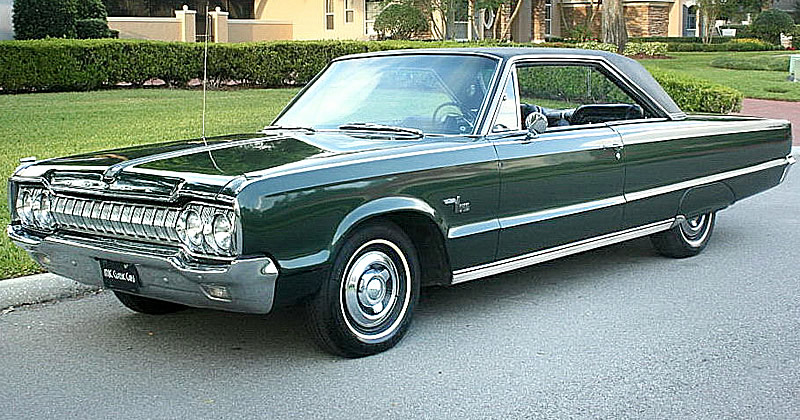 The Dodge Monaco was a brand new coupe that was introduced in 1965 to compete with the successful Pontiac Grand Prix in the growing personal luxury car market.

Standard equipment included everything the Custom 880 had plus front and rear seats foam seats for extra luxury, a remote control outside mirror, an electric clock, padded instrument panel, 3-spoke steering wheel and a center console. It was also fitted with the more powerful 383 cubic inch V8 rather than a 318V8.

This fine example of a '65 Dodge Monaco has just 37,000 miles on the odometer - believed to be all original on this pampered car.

Although the body has received a repaint in its original Dark Green Metallic paint, the optional black vinyl top is still the original one fitted at the factory.

Inside, the Monaco features saddle grain vinyl, rattan-backed bucket seats with center console.This particular interior is all original and looks great - even the carpet. The Monaco came with a three-speed manual transmission as standard although the original owner decided she wanted a TorqueFlite automatic transmission at an additional $181. She also ordered it with power steering and brakes costing $74 and $33 respectively.

This Dodge Monaco is currently for sale on eBay. (follow the link for even more photos﻿)