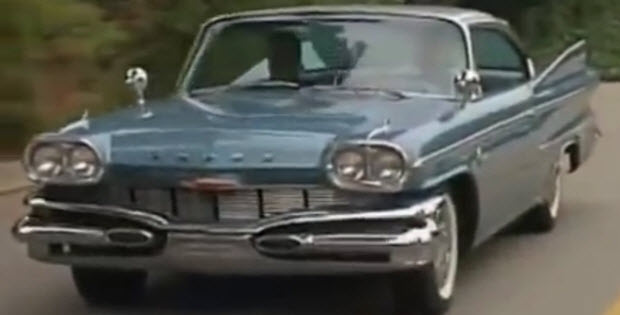 This 1960 Dodge Matador is a rare beast with the owner saying that there is likely only 20-30 in the world with this specification.

Another Virgil Exner design you can tell it is Mopar straight away. A 122″ wheelbase, equipped with a 361 cubic inch V8, push-button gearbox and gorgeous lines, this car looks fantastic – particularly the rear “Astro” window sweeping down and blending with the distictive lines of the tailfins. And check out the cool tail lights mounted in the fins, this option gave additional lighting to the regular rear lights and really sets the car off at night.

The interior is original and really symbolizes the period although s little simpler the Polara (the top of the line Dodge that year). One great feature is the design of the speedo that lets natural light shine through. Now that’s classy!

This particular car was owned by an elderly gentleman that left the car for 18 years as he couldn’t get it started. It turned out to simply be that he had turned the distributor 180 degress from the correct position. This contributed to the fact that the car only had 49,000 miles on it.

Unfortunately the Matador name didn’t last past 1960 due to the popularity and high sales of the new Dart model which was Dodge’s line of slightly smaller cars.