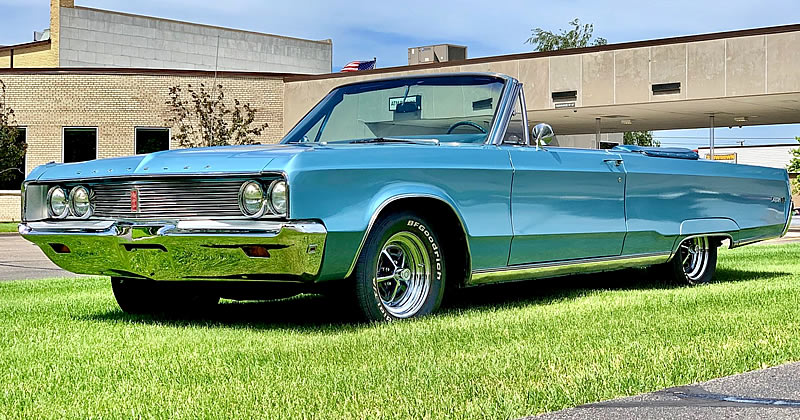 Here’s something that is not necessarily on everyone’s collectable radar but these are fantastic full-size cruisers – the 1968 Chrysler Newport convertible.

The name “Newport” had been used to signify the hardtop models in the 1940s but was revived in 1961 for Chrysler’s entry level line-up.

While the Newport was the lowest-priced Chrysler for 1968 it was still more expensive than the Impala and Caprice that sat at the top of the Chevrolet line-up. In fact this convertible came in at over $500 more than the Impala version.

This particular car also enjoys variable-ratio power steering and power brakes costing $117 and $47 respectively when the car was ordered new.

The Newport came with a 383 cubic inch V8 (producing 290 horsepower) as standard together with a 3-speed manual transmission. This car was ordered with a TorqueFlite automatic transmission at an additional cost of $222.

At a base price of $3,704 the Newport convertible resulted in 2,847 sales for Chrysler during the 1968 model year. While the Newport convertible sold a similar amount as the previous year, Chrysler sales in general were doing much better than the downturn of 1967, with an overall increase of around 21%. A total of 159,958 Newports were sold that year making it their best selling series.

This ’68 Chrysler Newport is currently for sale on eBay. (follow the link for even more photos)