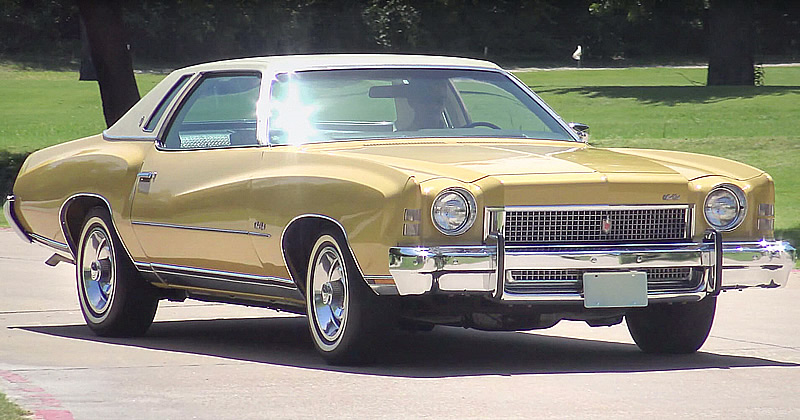 This 1973 Chevrolet Monte Carlo Sport Coupe has only just over 25,000 miles on the odometer – A true survivor.   It’s equipped with a 350 cubic inch V8 with 4 barrel carburetor which is the same engine used in the Impalas of the same year. Paint is Chamois (code 56) with beige interior.

The car was assembled in the Leeds, Missouri (Kansas City) General Motors plant. It has air conditioning fitted which was a $397 option at the time. Power steering, power brakes and automatic transmission were all standard.

Monte Carlo was Motor Trend’s 1973 Car of the Year.  This was the year that saw major styling changes taking it into the second generation Monte Carlo when ran from 1773-77. The car was now 4 inches longer and saw a much heavier, sculptured look. The parking lamps were now located in the front fender ends and the front grille lowered with the hood extending down to meet it.