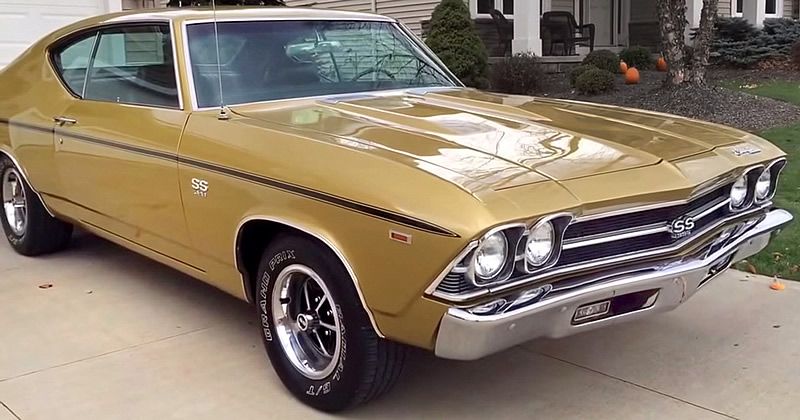 Here we have an immaculate 1969 Chevolet Chevelle Mailbu SS 396 in Olympic Gold. Powered by a 396 cubic inch Turbo-Jet V8 and a Turbo Hydra-Matic Transmission.

The car is also equipped with air conditioning which would have added around $400 on to the price when new.