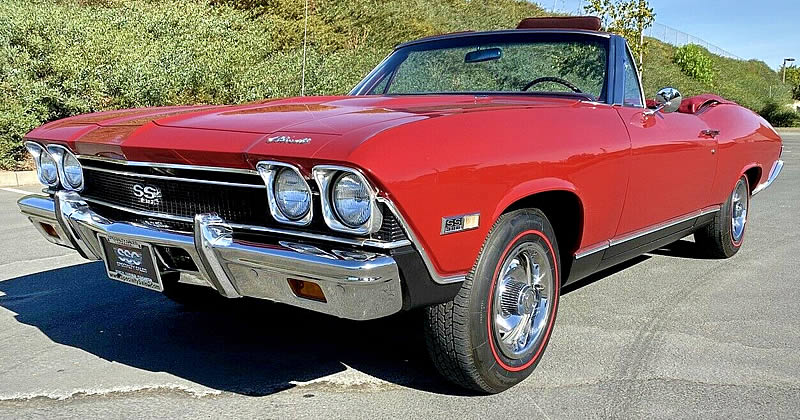 The Chevelle had been around since 1964 and it was time for a brand new look. The wheelbase was shorter and the body restyled into the Coke bottle shape with tapered front fenders. And what a shape it was, as we can see with this great looking, red 1968 Chevrolet Chevelle SS 396 Convertible.

Interestingly enough Chevrolet advertising at the time announced that the Chevelle SS 396 was... "So smooth, so quiet, so luxurious that a little old lady could drive it and never know that it's the king of the mid-sized cars".

Inside we have a medium red imitation leather interior (code 796). The Deluxe steering wheel as standard with the SS 396. 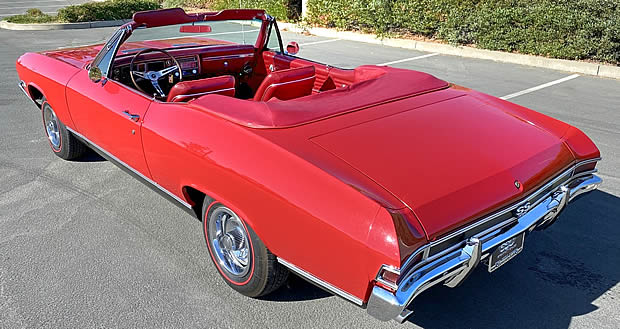 Power comes from the L35 396 cubic inch Turbo-Jet V8 big block engine rated at 325 horsepower and it is paired with a Turbo-hydramatic automatic transmission.

Chevrolet produced 62,785 Chevelle SS 396 cars for the 1968 model year at a base price of $2,899 for the coupe with the convertible starting at $3,102. Due to Chevrolet records not breaking down specific models, it is unclear from the production figures is exactly how many SS 396 convertibles were produced. 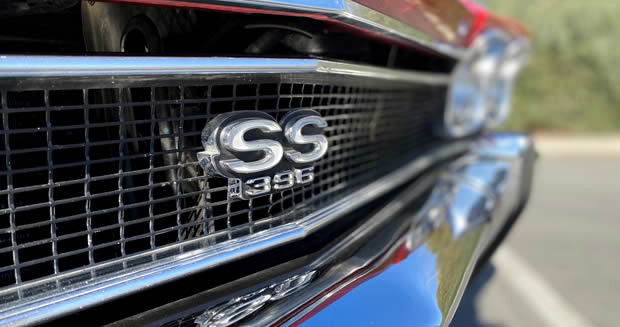 We do know however that the combined production figure for Malibu and SS 396 convertibles came in at 10,600 cars. So, the total number produced of the car you see here was likely to be significantly less than that.

This Chevelle SS396 is currently for sale on eBa﻿﻿y. (follow the link for even more photos﻿)